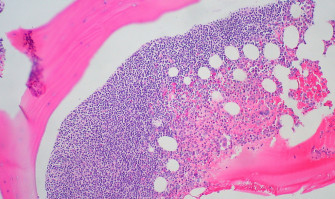 The exact mechanisms how these genetic mutations lead to the exhaustion of stem cells from the bone marrow has been unknown.

Now, the researchers have identified a cause for this failure.

The findings were published in the distinguished Cell Stem Cell journal.

"The results open new paths for developing novel therapies for the disease, for which the only curative treatment currently available is stem cell transplantation. Understanding the mechanism of bone marrow failure better can help to plan stem cell transplantations and to develop new therapies for milder forms of Fanconi anaemia," says Anniina Färkkilä, docent and clinical researcher at the University of Helsinki.

In the study, researchers at the University of Helsinki analysed the gene expression of individual cells, and found, to their surprise, overexpression of the MYC gene in the bone marrow stem cells of patients with Fanconi anaemia.

MYC is one of the best-known genes regulating the formation of malignant tumours.

Functional experiments demonstrated that MYC overexpression resulted in the division of stem cells and their detachment from the bone marrow.

"The overexpression of the MYC gene was caused by inflammation mediators, and it led to an abnormal presence of stem cells in the circulation of patients suffering from Fanconi anaemia. In mouse experiments, a MYC inhibitor reduced stem cell detachment, but at the same time it also reduced cell proliferation," Färkkilä notes.

This suggested that MYC, upregulated in the stem cells due to the inflammatory stress signals, was required for the survival of the stem cells, but as a side effect led to the detachment from the bone marrow niche, and the development of bone marrow failure in FA patients.

"The DNA repair genes defective in FA often result in the development of a number of cancers, which also makes the findings potentially significant in relation to other cancer types, such as ovarian cancer," Färkkilä says.