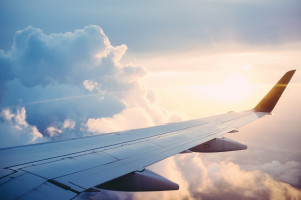 Imagine you've just arrived in Paris. Your body thinks it should be midnight - a restorative time when your cells typically proofread DNA, organise and store energy, and perform other essential chores - but, instead, the sun is up and you're awake.

On a molecular level, your cells are stressed, trying to catch up to new environmental conditions.

Shiftwork and experimental models of frequent flying across time zones have been correlated with cancer risk, but not much is known about how these circadian disruptions impact the body's ability to curb cancer growth on a molecular scale.

The research, led by corresponding authors Carla Finkielstein, an associate professor at the Fralin Biomedical Research Institute at VTC, and Diego Golombek, a professor at the National University of Quilmes in Argentina, adds to the rapidly growing scientific field of the effect of circadian disruption on health and wellbeing.

"A key takeaway from this study is that if someone has a proliferative disorder, in this case melanoma, doing shift work or regularly changing time zones could exacerbate the problem by dampening immune system response to tumour growth," said Finkielstein, who is also an associate professor of biology in Virginia Tech's College of Science, and director of the Molecular Diagnostics Laboratory at the Fralin Biomedical Research Institute. "This research also helps explain why some tumours win the race when a person is exposed to the chronically stressful conditions that occur when the environment and the body's clocks are misaligned."

Every cell in your body has its own set of molecular clocks - a series of genes, proteins, and signalling chemicals that set the pace for cell growth, division, and decay.

In cancer cells, these clocks are often altered, which allows the tumour to set its own pace for rapid, unchecked proliferation.

The body's master timekeeper is located in the brain, where it's entrained by light and sends signals to synchronise peripheral clocks located throughout the body.

When our perception of day and night becomes muddled due to irregular intervals of light and dark, our internal clocks and the environment are misaligned, which, as this study shows, can have subtle yet significant consequences at a cellular level.

The researchers wanted to know how chronic jet lag impacts the microenvironment surrounding cancer cells and examined two groups of mice that were injected with melanoma cells.

The first group was exposed to a normal circadian schedule: 12 hours of light and 12 hours of dark.

The second group's light and dark exposure was shifted by six hours every two days - the equivalent of roaming across 21 time zones per week.

A month later, the scientists observed that the tumours in the jet lagged group were roughly three times the size of the control group.

They also examined samples from the microenvironment surrounding the tumour, the spleen, which produces immune cells, and the liver.

The researchers found peculiar contrasts in how the immune system responded to the tumour.

For example, the levels of different types of immune cells called macrophages were inverted to be more prone to accept tumour growth in the jet lagged group.

Similarly, the rhythms of other immune cells and molecules, including cytokines, were disrupted.

Even though the tumours didn't spread into their neighbouring organ, the liver, or the spleen, the scientists observed that the circadian variations in the immune system in both of these organs were deregulated.

"We combined two different approaches of chronobiology research to study the effects of circadian desynchronisation on both tumour growth and immune rhythms, and we found a link," Golombek said. "You need optimal rhythms in immune cells and immune humoral factors to quell rapid tumour growth. When circadian rhythms are chronically disrupted, these rhythms are impaired, inverted, or disappear entirely, which could help explain why the tumours were significantly larger in the desynchronised group."

Finkielstein and Golombek plan to continue studying how immune genes and cell cycle genes are related in the context of cancer.