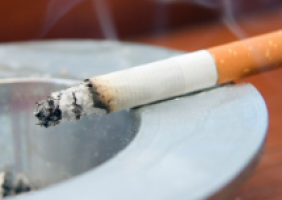 Recently diagnosed cancer patients who smoke are significantly more likely to quit and remain tobacco-free if they receive frequent and sustained telephone counseling, according to a new study led by researchers at Massachusetts General Hospital (MGH).

The study, published in JAMA, offers hope that these patients will respond better to treatment and enjoy improved quality of life while coping with cancer.

Studies suggest that between 10 percent and 30 percent of tobacco users who are diagnosed with cancer continue smoking.

Moreover, half of those who stop relapse quickly.

Many clinicians may be reluctant to discuss the topic or may only recommend quitting to patients who have a smoking-related disease, such as lung cancer.

However, explains Park, smoking can diminish the effectiveness of cancer treatment, as well as quality of life, for people with all forms of cancer.

Overall, fewer than 10 percent of smokers who attempt to quit succeed, according to the Centers for Disease Control and Prevention.

Telephone counseling administered by certified tobacco treatment counselors has been shown to be an effective way to help smokers give up the habit, but most programs are relatively short term and focused on cancer prevention.

Park and her team at MGH joined forces with psychologist Jamie S. Ostroff, PhD, and her colleagues at Memorial Sloan Kettering Cancer Center in New York City to investigate whether a sustained, more intensive program would improve quit rates among cancer patients.

The study included 303 patients with various forms of cancer.

Half of the participants received phone calls from counselors four times a week for a month; during these sessions, counselors used evidence-based behavioral strategies designed to motivate the patient to continue abstaining from tobacco and cope with the stress of a cancer diagnosis.

The intensive-treatment group received a similar schedule of telephone counseling, plus an additional four sessions every other week, for two months, and three monthly booster sessions.

Patients in this group were also offered free smoking-cessation medications.

After six months, lab tests confirmed that 34.5 percent of the patients in the intensive-treatment program were abstaining from tobacco, compared to 21.5 percent of participants who received the shorter program with less frequent counseling.

"We believe it was the ongoing, positive cessation support, in coordination with the oncology care these patients received, that led to the high success rate in the intensive-treatment group," says Park.

Park and her colleagues are now implementing this intensive tobacco treatment program at more than 40 community cancer centers around the United States.

"This randomised trial demonstrated that tobacco treatment can and should be an integral part of comprehensive cancer care," says Park. "Cessation advice and support should start immediately, at the time of diagnosis, and it should be offered to all cancer patients, regardless of tumour type and stage of disease."