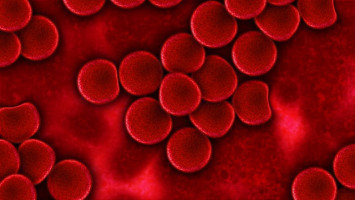 Like packaging designed to create a protective environment around a product, the mix of cells and fluids immediately surrounding human bone marrow provides critical protective and nourishing conditions for hematopoietic - or bone marrow-originating - stem cells.

Immune cells and other specialised components native to this small-scale "microenvironment" ensure that newly emerged hematopoietic stem cells are healthy and functional.

Nonetheless, the bone marrow microenvironment is vulnerable to manipulation, notably in the case of leukemia.

Leukemia, a cancer of blood-forming tissues, modulates the bone marrow niche to protect and promote the survival of tumour cells.

Now, in a highly collaborative research effort, scientists at the Lewis Katz School of Medicine at Temple University (LKSOM) show that this protective environment also gives leukemia cells with insufficient expression of BRCA1 and BRCA2 genes the ability to resist anticancer drugs known as PARP inhibitors.

This resistance, the researchers discovered, hinges on overexpression of a molecule known as transforming growth factor beta receptor (TGFßR) kinase, which is located on the leukemia cell surface.

The new study, published online October 6 in the journal Cell Reports and involving researchers at multiple institutions in the United States and abroad, is the first to show that resistance to PARP inhibitors in leukemia can be overcome by combining PARP inhibition with blockade of TGFßR kinase activation.

"Leukemia cells usually reside in two environments in the body, the bone marrow and the blood," explained Tomasz Skorski, MD, PhD, DSc, Professor of Microbiology and Immunology, Associate Professor at the Fels Institute for Cancer Research and Molecular Biology at LKSOM, and senior investigator on the study.

"Previous research has shown that leukemia cells displaying deficiency of BRCA1 and BRCA2 proteins are sensitive to PARP inhibition while circulating in the blood.

We discovered that the same leukemia cells are resistant to the inhibitors in the bone marrow microenvironment."

They kill malignant cells by shutting down a specific DNA repair mechanism and are effective especially against cells with BRCA1 and BRCA2 gene mutations, in which the homologous recombination mechanism of DNA repair has already been disabled.

The cells were grown in incubation conditions that mimicked the bone marrow microenvironment, enabling the malignant cells to establish drug resistance.

Examination of factors in the replicated bone marrow microenvironment identified TGF-ß1 as an important player in resistance. TGF-ß1, a protein generated by stromal cells in the bone marrow niche, activates TGFßR kinase.

Leukemia cells in the bone marrow microenvironment were found to be highly responsive to TGF-ß1, owing to low oxygen levels that induce overexpression of TGFßR kinase on their surface.

With TGFßR kinase levels noticeably elevated in leukemia cells, the researchers decided to test the effects of TGFßR kinase inhibition.

They observed that treatment with molecules that blocked TGFßR kinase activation by TGF-ß1 not only halted signaling along the TGF-ß1-TGFßR kinase axis but also rendered cells sensitive to PARP inhibitors.

Those observations carried through in animals, where targeting of the TGFßR kinase restored leukemia cell sensitivity to PARP inhibitors.

"And we went a step further, showing that resistance can be overcome through a therapeutic strategy that combines inhibitors targeting PARP and TGFßR kinase."

Dr. Skorski and colleagues plan next to investigate this strategy clinically.

"The drugs we experimented with in our latest research are already approved for use in patients," he noted.

"We look forward to future collaborations that will allow us to translate our findings on combined PARP and TGFßR kinase inhibitor therapy to the clinic."