Painting the world pink: Challenges for breast cancer patients in Rwanda and how you can help 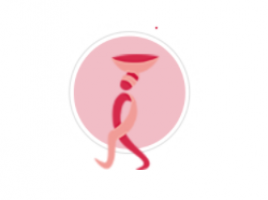 In Rwanda seven out of ten women who are diagnosed with breast cancer do not survive.

Whereas, in the USA only two out of ten women lose their battle to this disease.

Should geographical location, ethnicity and socio-economic status determine the survival and quality of life of these women? The answer is simple, no.

It is every individual’s basic human right to life and good healthcare, irrespective of where they come from and this is the motto of Breast Cancer Initiative East Africa (BCIEA).

The founder of this organisation, who is a breast cancer survivor herself, believes that “Breast cancer is everybody’s business and worth investing in to save lives.”

Rwanda is a densely populated low-income country in East Africa.

After the genocide against the Tutsi in 1994, Rwanda was considered a failed state but since then has seen remarkable growth over the past 2 decades.

Health care in Rwanda is predominantly delivered through public hospitals and is emerging in the private sector.

More than 80% of patients are covered by community-based health insurance (Mutuelle de Santé).

The cancer unit at the Rwanda Biomedical Center (a branch of the Ministry of Health) is responsible for setting and implementing cancer care policy.

Before the creation of Butaro Cancer Center and the Rwanda Cancer Center patients were referred for treatment abroad which could not be afforded by many.

Since then, the referrals have lessened but despite these advances, there is still substantial work to be done and there are many outstanding challenges; the need to build capacity in cancer awareness among the general population (and shift toward earlier diagnosis), cancer care workforce (more in-country training programs are needed), and research.

According to the World Health Organization (WHO), breast cancer is the most common cancer amongst women worldwide, and in low-income countries like Rwanda, it is second only to cervical cancer in terms of poor prognosis and low overall survival.

According to RBC and the new Rwanda Cancer Registry 52% of breast cancer patients present their cancer with stage III and 24% with stage I, this is due to patient-related delays (not being aware of the importance of early detection, not being able to afford transportation) or system delays in diagnosis due to inadequate infrastructure and specialisation.

The majority of deaths, annually 269,000 in low income countries (WHO) are due to lack of awareness, early detection, and disparities in the health care systems and services.

These shocking statistics shed light on what is immediately needed in Rwanda with regards to fighting breast cancer; spreading awareness about this disease and providing appropriate treatment opportunities for the women facing this battle.

It is a known fact that early diagnoses of breast cancer with adequate timely and accurate diagnosis and treatment can help overcome this disease with a more than ten years survival rate.

If it is diagnosed at a later stage the prognosis remains low and palliative care remains the only option for these patients.

Unfortunately, even such care and treatment is not as easily available to the Rwandan women as it is in European and Western countries.

BCIEA has started a campaign to this end that is called “Fighting Breast Cancer One Smartphone per Village”.

This project integrates the technology of a smartphone, BCIEA Breast Health Educational App, and implemented by a medical student and Village Ambassadors to boost awareness about breast cancer starting from the village level.

Because of this campaign, mobilisation, community outreach-education and breast cancer awareness is gaining ground in Rwanda but there is still so much in terms of patient care and treatment that needs to be done.

An average African woman faces several challenges to her personal health: she does not have any time to give herself, each day for her is filled with cares for her children and her family, her socioeconomic status does not include any healthcare insurance and even if she does decide to get herself screened or treated, there are next to none well-equipped medical centers with trained professionals to help her out.

Therefore, she must be empowered and given the healthcare opportunities that are considered the norm for women in high income countries.

BCIEA has further initiated another mission to help and support women impacted by mastectomy.

People can donate money which goes into making and giving these prosthese freely to women in need.

Furthermore, there are several other creative projects that BCIEA has initiated to help raise money and awareness about breast cancer in Rwanda and in USA and Europe and all these are aimed at improving the healthcare and survival rates of breast cancer patients in Rwanda.

For me, pink has become my life-purpose since I met breast cancer head-on – it killed my sister; I survived it and in defiance of it and memory of my sister, I have become a fiercely passionate advocate against breast cancer.

When you see me, you see pink, a permanent reminder of the urgent need to fight this disease until we find the cure.

BCIEA is the vehicle through which this fight is conducted.”

She uses the colour pink to remind the world how breast cancer is a global problem and that the global community should not forget Africa in its struggle to contain and overcome breast cancer.

Bringing such revolutionary changes in healthcare cannot be done alone.

The socio-economic disparity between African countries and high income western countries makes it vital for those who are privileged to even out the battlefield for fighting breast cancer around the world.

For this purpose, your support can help these hard working women have a better chance at surviving cancer and obtaining a more comfortable quality of life.

Donations can be made at: