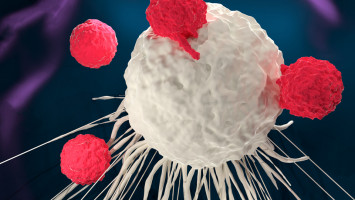 The U.S. Food and Drug Administration has granted Fast Track designation to a novel "switchable" CAR-T cell therapy developed by Calibr, a division of Scripps Research, in a move to accelerate the drug development and review process.

The therapy is currently being evaluated as a treatment for B-cell malignancies, a class of blood cancers that includes non-Hodgkin's lymphoma and chronic lymphocytic leukaemia.

FDA's Fast Track designation, which enables enhanced access to the agency during development, is designed to bring important new drugs to patients that address unmet medical needs in serious or life-threatening conditions.

The CAR-T cell therapy known as "CLBR001 SWI019," has begun enrolling subjects in a Phase 1 trial assessing the safety and tolerability of the cell therapy.

The study is being conducted at multiple sites in the United States.

"This important designation will enable Calibr to interact with the agency on study-related items, such as appropriate data collection and study design to support the approval of this innovative therapy," says Pamela Garzone, PhD, chief medical officer of Calibr, who is leading the clinical study of the therapy and was the primary author of the Fast Track application.

Calibr's investigational CAR-T cell therapy leverages patients' own immune cells to treat cancer, putting the cells under control of a novel molecular "switch" that seeks to mitigate potentially life-threatening side effects that have hampered the use of cell therapies to date.

"The versatility and potential for greater safety enabled by this switchable platform can yield significant benefits for patients and we look forward to the opportunity to accelerate its development," says Travis Young, PhD, Calibr's vice president of biologics and leader of its CAR-T program.

CAR-T, short for chimeric antigen receptor T-cell, is a relatively new form of cancer therapy that has achieved remarkable responses in patients with blood- or bone marrow-based diseases such as leukemias and lymphomas.

It works by genetically engineering a patient's T cells--a cell type which plays a key role in anti-tumour immunity--to seek and destroy cancer within the body.

However, some patients who receive T-cell therapies experience an adverse effect called cytokine release syndrome, which occurs when the immune system reacts too strongly.

Calibr's switchable CAR-T cell platform incorporates an antibody known as "SWI019" that acts as a switch, activating the engineered cells (CLBR001) and directing them to engage the cancer target.

This may allow doctors to have more control over the therapy which could provide a significant safety advantage.

In preclinical studies, the approach proved highly effective at eliminating tumours while controlling the level of cytokines produced in response to treatment.

Further, by switching the CLBR001 cells "on" and "off" the approach allows the engineered cells to "rest", which in preclinical models afforded greater efficacy.

The current clinical trial is enrolling patients with blood-based cancers that have returned after remission or didn't respond to initial treatments.

However, Calibr's switchable CAR-T cell platform employs a universal design that can be applied to solid-tumour cancers and other types of blood cancers in the future--providing potential advantages in an area that CAR-T cell therapies have not been as successful in the past.

The switchable CAR-T cell platform was invented at Scripps Research and progressed to the clinical testing stage with support from the Wellcome Trust.

Calibr has partnered its platform with biopharmaceutical company AbbVie, which holds certain rights to commercialisation.

The clinical trial is the third to be run independently by the institute and the fifth originating from Calibr's research.