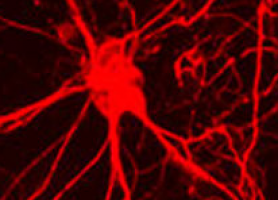 The stroma of the choroid plexus is one of the locations within the central nervous system (CNS) that serves as a shelter for tumour cells, allowing them to elude chemotherapy and potentially cause subsequent relapses in childhood acute lymphoblastic leukaemia, according to research led by the Complutense University of Madrid (UCM).

The choroid plexus is a structure located in the ventricles of the brain and is responsible for the production of cerebrospinal fluid.

Although leukaemia cells are primarily located in the bone marrow, they are also capable of spreading to other areas of the body and show a particular propensity to infiltrate the CNS.

"The fact that relapses continued to occur in the CNS despite prophylactic treatment led us to suspect that some cells might remain hidden in small, practically undetectable groups elsewhere, and could be responsible for subsequent relapses", explained Ángeles Vicente, a researcher in the Department of Cell Biology at the UCM School of Medicine.

Besides identifying the hiding place, the study published in the Journal of Pathology also reveals how leukaemia cells elude chemotherapy: by interacting with stroma cells in the choroid plexus, modifying the microenvironment to ensure their own survival.

The Niño Jesús Hospital in Madrid and the Autonomous University of Chihuahua (Mexico) were also involved in the research.

A breakthrough for more effective treatment

To carry out the study, the researchers infused leukaemic cells from patients into immunodeficient mice and then used immunofluorescence and electron microscopy to determine the cerebral location of metastatic tumour cells in the CNS, successfully identifying the site in the choroid plexus.

This in vivo technique was combined with in vitro assays to study the cell interactions that take place between leukaemia cells and choroid plexus stroma cells and their effects on chemoresistance.

About 15-20% of paediatric patients with acute lymphoblastic leukaemia are not cured, and relapses in the CNS are the main cause of morbidity and mortality from the disease in the paediatric population.

"Studies like ours could be essential to design more effective therapeutic strategies in the future aimed at preventing tumour cells from colonising niches in the CNS or eliminating the cells that have already established themselves in these sites. This would represent a breakthrough in treatment of the disease, reducing relapses and further increasing the chances of a cure", predicted Lidia Martínez Fernández de Sevilla, a postdoctoral researcher in the Department of Cell Biology and the first named author of the study.

The research focused on childhood acute lymphoblastic leukaemia because the group only works with paediatric samples, but experts believe it is feasible that leukaemia cells might use the same hiding places in adults --where 5% of relapses are related to the CNS-- as they do in children.