ESMO 2020: No benefit for post-operative radiotherapy in non-small-cell lung cancer 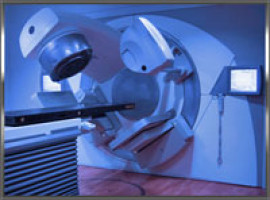 These results give the oncology community a long-awaited answer.

PORT in completely resected NSCLC patients has been a subject of debate for many years in patients with mediastinal nodal involvement (pN2), since a meta-analysis in 1998 threw doubt on the benefits associated with it.

As such, there was a clear need for a large, randomised trial to assess the role of modern mediastinal PORT in adequately staged and surgically treated patients.

This study provides more robust data to help clinicians to decide the  best course of action for these patients.

A total of 501 patients were entered into the intention-to-treat analysis, of which 252 received PORT over five weeks, and 249 entered the control arm (no PORT).

Safety analysis was carried out in 487 patients.

Possibly, however, for some patients it might be useful because it does decrease the rate of mediastinal relapse by 50%.

This must be put into balance with the risk of over-added cardio-pulmonary toxicity.

We need to do further analysis to determine if certain patients, in particular, could benefit from it” she added.

Prof Rafal Dziadziuszko, radiation oncologist from the Medical University of Gdansk, Poland, commented on the findings. “Radiotherapy to the mediastinum after surgery, after adjuvant chemotherapy shouldn’t be recommended as standard of care.

This will change the practice of many institutions that adopted standard use of radiotherapy in these patients.

We can safely say there is no net benefit from such treatment but there is also potential harm, which we see from this study, so any potential benefits in some patients are offset by the predominantly higher risk of cardiopulmonary  toxicities.”