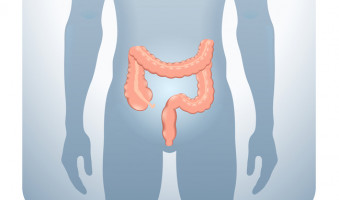 Colorectal cancer is the third most common cause of cancer deaths in the United States and advanced colorectal polyps are a major risk factor.

These high-risk patients have a three-fold higher risk of developing colorectal cancer and therefor a three-year follow up interval of colonoscopy is generally recommended.

Many clinicians rely on self-reports from their high-risk patients about their need and proper interval for repeat surveillance colonoscopy.

In a study published in the Journal of Gastroenterology and Digestive Systems, researchers from Florida Atlantic University's Schmidt College of Medicine analysed data over a period of four years from 2013 to 2017 to explore the knowledge of these high-risk patients.

They analysed data from structured interviews on 84 subjects between ages 40 to 91 years old with biopsy proven advanced colorectal polyps.

Results showed that 28.6 percent were unaware of either the need for a repeat colonoscopy or the proper surveillance interval.

Of these, 16.6 percent were unaware of the proper three-year interval to obtain a follow-up surveillance colonoscopy.

In addition, 12 percent were not even aware that they required a follow-up surveillance colonoscopy.

"Our data demonstrate a lack of knowledge of patients with biopsy proven advanced colorectal polyps about their need for repeat colonoscopy as well as the proper surveillance interval," said Lawrence Fiedler, M.D., co-author, a gastroenterologist and an affiliate associate professor in FAU's Schmidt College of Medicine.

"For patients with biopsy proven advanced colorectal polyps, the interval for colonoscopy is about three years. Our data raise a challenge for us to rely on more objective data than self-reports. Clinicians should have the ability and willingness to share their objective findings with all clinical colleagues involved in the care of the patient. These efforts should also include younger patients such as Chadwick Boseman who recently died of colon cancer at age 43."

The incidence of colorectal cancer is increasing in younger people.

According to the American Cancer Society, from 2007 to 2016, incidence rates of colorectal cancer in people 55 years or older dropped by 3.6 percent each year, but increased by 2 percent each year in those younger than 55.

The researchers say that if such strategies were adopted for all patients it would have major clinical and public health implications.

Specifically, it also would avoid the overutilisation of colonoscopies for lower risk patients and increase both the benefit-to-risk and benefit-to-cost ratio from a public health perspective.

According to the U.S. Centers for Disease Control and Prevention, additional risk factors include inflammatory bowel disease such as Crohn's disease or ulcerative colitis; a personal or family history of colorectal cancer or colorectal polyps; and a genetic syndrome such as familial adenomatous polyposis or hereditary non-polyposis colorectal cancer (Lynch syndrome).