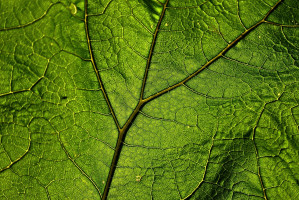 The natural botanical Andrographis paniculata, when given in conjunction with chemotherapy, may eventually change the way doctors treat chemotherapy-resistant colorectal cancer, reports a new City of Hope study.

Published in the journal Carcinogenesis, the study's goal was to use a natural substance that, given as an adjunct treatment along with chemotherapy, would not only be nontoxic but would succeed in killing chemo-resistant cancer cells.

Currently, in an attempt to provide some help for these chemo-resistant patients, other types of chemotherapies are given -- but cancer usually finds a way to outsmart them.

What's more, these drugs are highly toxic and can do further harm to the patient.

Andrographis is commonly used in South Asia and is also available in the U.S.

It's known for its anti-inflammatory, antibacterial and antiviral properties, and increasingly, for its ability to fight cancer.

"Many, many scientific articles have been published showing that andrographis kills cancer cells. That's not the news," said Ajay Goel, Ph.D., M.S., founding chair of City of Hope's Department of Molecular Diagnostics and Experimental Therapeutics and corresponding author of the study. "The problem is, how do we kill these 'super cells' that have become chemo-resistant?"

To tackle this challenge, his study tested the efficacy of using a standard chemotherapy for colon cancer, 5-fluorouracil (5FU), alone and combined with andrographis.

The study proceeded in three parts.

First, they used cell lines of human colorectal cancer, cultivated in the lab.

Cell lines do not represent the whole body, so the next step was to look at the effects of using animal tissue.

Here too, combining andrographis with 5FU was a more potent cancer killer than 5FU alone.

Knowing that it worked on an animal model, the next step was to further confirm these findings in a 3D-organoid model, grown from human colorectal tumour tissue excised from an actual patient.

"In cancer there are hundreds of pathways that are malfunctioning, and modern therapies are designed to target a specific gene or molecule or pathway," Goel said. "It can give patients relief in the short term, but sometimes the cancer says, 'No problem. We have 100 different ways to survive.' Unlike many of the targeted therapies we use in cancer patients, natural treatments are unique, as they don't target a specific pathway but work on many pathways."

What this study showed is that two major pathways were altered by the andrographis.

One is the ferroptosis pathway, which regulates programmed cell death.

Under normal conditions it signals old cells that it's time to die, and they are replaced by new ones.

But in cancer, the ferroptosis pathway becomes defective.

The other is the β-catenin/Wnt-signalling pathway, which involves cell metabolism, a process that goes haywire in cancer.

"After exposure to andrographis, the ferroptosis signals were turned back on, which told the cells, 'Yep, it's time to die,'" Goel said. "And the metabolic process was regulated, taking nutrition away from the cancer cells, allowing them to die."

The next step will be to test 5FU and andrographis in a clinical setting, and Goel will soon submit an application for Food and Drug Administration approval.

This combination of natural botanical and potent pharmaceutical promises to bring new hope to patients who have developed chemo-resistance or suffer a relapse of their colon cancer.

In addition to the andrographis study, Goel has done several others, including an earlier study in Carcinogenesis and another in the journal of the American Association for Cancer Research.

This work revealed that two herbs, curcumin (found in turmeric) and boswellic acid, were able to regulate certain microRNAs found in human colorectal cancer, suggesting that these substances would be useful for disease prevention.

In fact, because these substances can be protective, he feels that people should start taking them before cancer has a chance to develop.