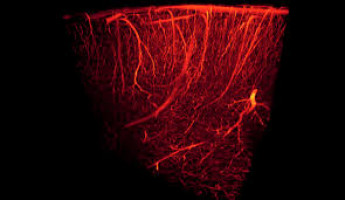 In laboratory studies, Johns Hopkins Kimmel Cancer Center and Johns Hopkins University researchers observed a key step in how cancer cells may spread from a primary tumour to a distant site within the body, a process known as metastasis.

Trying to determine how groups of cells migrate to other parts of the body, the scientists used tissue engineering to construct a functional 3D blood vessel and grew breast cancer cells nearby.

They observed the cancer cells reaching out to the blood vessel and taking over a patch of the cell wall.

As a result of this attachment to the blood vessel, a cluster of tumour cells were easily released into the bloodstream to travel to distant sites.

Cancer cells also were able to constrict blood vessels, cause them to leak, or pull on them.

A description of the work was published online July 14 in the journal Cancer Research.

"We observed that cancer cells can rapidly reshape, destroy or integrate into existing blood vessels," says senior study author Andrew Ewald, Ph.D., co-director of the Cancer Invasion and Metastasis Program at the Johns Hopkins Kimmel Cancer Center and professor of cell biology at the Johns Hopkins University School of Medicine.

The work was conducted in close collaboration with the lab of Peter Searson, Ph.D., the Joseph R. and Lynn C. Reynolds Professor of Materials Science and Engineering, with joint appointments in the departments of biomedical engineering, oncology and physical medicine and rehabilitation.

"Determining what that equipment is can help us understand how to stop cancer."

In this case, Ewald and collaborators expected to see groups of eight to 10 cells leaving a tumour, migrating through a protein barrier and squeezing between blood vessel walls to travel.

The "mosaic" vessels that result -- named because they consist of some natural blood vessel cells and some cancer cells -- were observed in about 6% of blood vessels in human breast tumours and in a mouse model of breast cancer in this and other studies, Ewald says.

They also have been found in deadly brain tumours called glioblastomas, melanoma skin cancers and gastric cancers, he says.

Their presence is associated with increased distant metastases.

The 3D model could be adapted to study additional aspects of the tumour microenvironment or to study alternate cancer types, Ewald says.