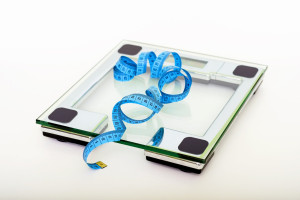 Breast cancer patients who are overweight or obese might benefit less from treatment with docetaxel, a common chemotherapy drug, than lean patients.

An international team of researchers based this conclusion on a retrospective analysis of data from a large clinical trial.

Their study was published in the Journal of Clinical Oncology.

In most European countries, more than 50% of women are overweight or obese (with a body mass index (BMI) above 25 kg/m2, as defined by the WHO).

In the United States this is the case for over 63% of women and this proportion is expected to further increase in the coming years.

Moreover, while many cancer patients are overweight or obese, the efficacy of anticancer drugs according to their BMI is generally not known.

For the study, a team led by researchers from KU Leuven and the Institut Jules Bordet (Belgium), the University of Milan and National Cancer Institute (Italy) analysed data from a clinical trial with over 2800 breast cancer patients that started around the turn of the millennium.

Patient data were collected over the course of more than ten years.

The researchers then looked at how many patients relapsed and how many had passed away.

Their statistical analysis of the data shows that overweight and obese patients who received docetaxel as part of their treatment had poorer outcomes than lean patients (BMI between 18.5 and 25 kg/m2).

This difference was not observed in patients who received the chemotherapy regimen that did not include docetaxel.

"Docetaxel is a lipophilic drug, suggesting that fat present in the body could absorb part of the drug before it can reach the tumour," explains Professor Christine Desmedt from the KU Leuven Laboratory for Translational Breast Cancer Research.

The results raise concerns about treating overweight and obese cancer patients with docetaxel.

"If follow-up research confirms that this finding is solely related to the pharmacological characteristics of docetaxel, this might also apply to patients with other cancer types that are treated with docetaxel, such as prostate or lung cancer. These results also make us wonder whether other chemotherapy drugs from the same family, like paclitaxel, will show the same effect," added Professor Desmedt.

"More research is needed before changes in treatment can be implemented. Patients who have concerns about docetaxel can discuss these with their doctor," explains Professor Desmedt. "In general, the public needs to be better informed about the link between BMI and breast cancer."

"In the medical and research world, we need to pay more attention to how obesity affects the biology, progression and treatment efficacy of breast cancer," says Professor Biganzoli of the Unit of Medical Statistics and the Data Science Research Center, University of Milan and the Italian National Cancer Institute. "Much work remains to be done in this field."