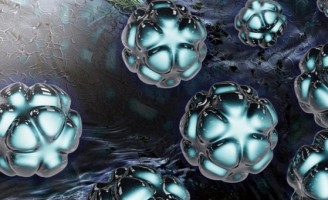 Prof. Tian Chao's group from the Department of Precision Machinery and Instrumentation, University of Science and Technology of China (USTC) of the Chinese Academy of Sciences (CAS) has made progress on the photoacoustic imaging for medical science.

They improved the imaging quality and 3D construction of the photoacoustic imaging, and applied them to in vivo sentinel lymph node imaging.

The studies were published in IEEE Transactions on Biomedical Engineering, Physical Review Applied and Journal of Biophotonics.

However, existing image guidance techniques suffer from a variety of limitations, such as harmful ionising radiation, high cost, and poor imaging depth.

The researchers injected carbon nanoparticles (CNPs) into the forepaws of living rats to stain SLN.

Subsequently, photoacoustic and ultrasound dual-modality imaging were performed simultaneously in real-time at the axillary area of the rats to trace the SLN and guide the biopsy.

It is an excellent tracer for identifying SLN by photoacoustic imaging and image-guided biopsies.

This study provides a practical approach for fine-needle aspiration biopsy in the SLN tracing and image guidance, and paves the way for clinical translation of photoacoustic SLN imaging.

Source: University of Science and Technology of China