Refusing Debt Relief to Africa is a Threat to Cancer Care 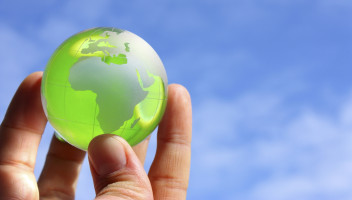 Over the last decade, the global community has increasingly recognized cancer as a pressing issue for all countries, not just wealthy ones. This is perhaps best evidenced by the United Nations including cancer in the sustainable development goals. Furthermore, government-led efforts to expand cancer care are now being undertaken throughout Africa (1). In the time of COVID-19, however, the extreme pressure on nations’ health budgets threatens to halt or even reverse progress in cancer care on the continent. It’s happened once already.

Around the turn of the 20th century, anecdotal reports by Western missionaries like Dr. Livingstone spread the falsehood that there was no cancer in Africa to a global audience (2, 3). Efforts to dispel the myth that Africans did not get cancer took extensive epidemiological efforts and, more importantly, decades. It was not until 1973 that Dr. Lambo, then-Assistant Director-General of the WHO, finally declared cancer “a major public health problem even in countries at present more concerned with nutritional and communicable diseases (4).”

With recognition growing, so followed nascent efforts in cancer care. The Gambia’s Hepatitis Immunization Study started in 1986 to vaccinate against hepatitis B. The essential medicine list for chemotherapy was published in 1985. And the WHO began advocating for palliative care programs throughout the 1980s, recognizing the extreme suffering that came with unattended cancers. Cancer prevention, treatment, and palliation were finally reaching a population of cancer patients that had previously been entirely ignored. Then came structural adjustment.

Structural adjustment programs (SAPs) were a systematic effort to liberalize trade in Africa. African nations were forced to accept economic policies masquerading as goodwill that promised to lead to economic growth but instead led to a net outflow of capital from most African countries (5). The result was increased illiteracy, higher child and maternal mortality rates, and a rise in malnutrition. Communicable diseases such as malaria, cholera, and tuberculosis actually increased in prevalence, undoing past gains in health (6). As James Grant, President of UNICEF, wrote in 1993, “Structural adjustment programmes, imposed by the selfsame World Bank and other powerful donors, have given recipients little choice but to cut their health services (7).”

Faced with devastated health programs, low-income countries were sold cost-effective health policies that focused limited resources on the resurgence of communicable diseases driven by SAPs. The World Bank warned that the “use of scarce technical medical resources to treat cancer reduces their availability for other disease (8).” Gwatkin, then-Director of the International Health Policy program at the World Bank, claimed that “a faster decline in communicable diseases would decease the poor-rich gap in 2020, [while] under an accelerated rate of overall decline in non-communicable diseases, the poor-rich gap would widen (9)”

A new dichotomy between communicable and non-communicable disease was being constructed, wherein focus on non-communicable disease such as cancer was considered a waste of funds. Cancer was villainized by the international community and squeezed out of governments’ budgets. As one oncologist explained near the turn of the century, “The 'South' is still repaying the 'North' for loans made in the 1970s and 1980s so that funds are simply not there for oncology programmes (10).”

Today, capacity to test for COVID-19 in Africa has lagged well behind what is needed (11). While many countries have done well across the continent in implementing prevention strategies, the threat of COVID-19 still looms large. The United Nations predicts that millions of Africans could be pushed into poverty as a result of spread of the virus (12). Further, 2020 is set to be the first year in the 21st century that the number of people in poverty across the globe increases instead of falling (13). The threat of a global hunger crisis also looms large, especially in Africa (14). And 80 million children globally are predicted to be at risk of communicable diseases due to missed vaccinations (15).

The pandemic has already been reported to be directly impacting cancer care on the continent. Access to essential medicines for cancer patients is threatened (16, 17). Healthcare workers dedicated to cancer care are being redeployed, cancer prevention campaigns are halted, and limited space in hospitals for cancer patients is being designated for COVID care (16). Restrictions in travel are impacting patients’ ability to access cancer care facilities, and health systems that normally diagnose, refer, and treat cancer patients are being disrupted (16-19). Furthermore, African oncology units are being forced to use recommendations for adjusting cancer care that have been developed in high-income settings that often do not match local needs (18).

As Prime Minister Abiy Ahmed of Ethiopia pointed out recently, “In 2019, 64 countries, nearly half of them in sub-Saharan Africa, spent more on servicing external debt than on health (20).” These high debt payments, coupled with a rise in poverty and communicable diseases, echo the findings of the United Nations 1989 report on the damage of SAPs (5).

We’ve seen how this worked for cancer once already. The increased economic pressures from responding to COVID-19 faced by health systems and governments threaten to force countries back into the false dichotomy of choosing communicable diseases or non-communicable diseases. Cancer care, for which efforts are just starting to take off, is particularly vulnerable (16-18). Already, African oncologists are being forced to make impossible choices, such as choosing between which patients to prioritize seeing (18) and between prioritizing palliative or curative care (19).

To prevent these contractions in health budgets, debt relief is needed. The calls for sweeping debt relief are widespread (12, 20, 21). While some global institutions like the World Bank and IMF have started providing debt relief, some are still resistant (22).

This is not the time to repeat the grim history of SAPs. Not only is debt relief necessary to enable Africa to fight COVID-19, but the future of cancer care may depend on it. The world cannot afford to fail cancer patients on the continent again.