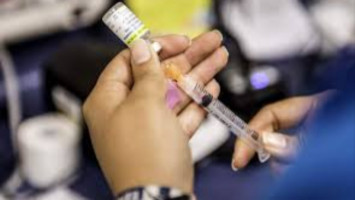 New research from Boston Medical Center shows that providing education and training to paediatric and family medicine providers about the importance of human papillomavirus (HPV) vaccines, in tandem with healthcare systems changes including starting an HPV vaccination series before the age of 11, improves the overall rate of HPV vaccinations among adolescent patients.

HPV vaccinations can help reduce rates of HPV-related cancers, as well as play a role in reducing race- and income-related disparities in these diagnoses.

Published in Pediatrics, the study results show improvements at each stage in the HPV vaccination series.

Importantly, improvements were sustained beyond the conclusion of the intervention period, demonstrating that these types of programs could be used to help produce long term increases in HPV vaccination rates.

According to the Centers for Disease Control and Prevention, HPV affects nearly 80 percent of adults, and while some strains of the virus are low-risk, several strains can lead to cancer.

HPV vaccination in early adolescence can prevent HPV infection, and is estimated to prevent up to 90 percent of cervical cancers.

Cervical cancer disproportionately affects minority women, with Black women being twice as likely as white women to die from the disease.

The program educates providers on how best to communicate with parents and caregivers about HPV vaccinations, as well as how to use data in their practices to address barriers to access and completion rates of the vaccine series for their patients.

"The HPV vaccine has the potential to decrease the rates of six different types of cancer, but rates remain below national goals in the United States," says Rebecca Perkins, MD, MSc, an obstetrician and gynaecologist at Boston Medical Center, and principal investigator of this research study.

"Programs that produce sustained increases in HPV vaccination rates could help reduce rates of HPV-related cancers nationwide. As a gynaecologist, I am particularly interested in the potential of HPV vaccination to reduce racial disparities in cervical cancer incidence and mortality."

In this randomised trial, information from 16,136 individuals between the ages of nine and 17 years-old from five paediatric primary care or family medicine practices was included in the research.

Importantly, rates continued to rise for 6-18 months after the intervention was completed.

Given the routine recommendation of vaccination of 11 to 12 year-olds, this group was analysed separately, with a vaccine initiation increase from 83 percent before the intervention up to 93 percent afterwards.

"Vaccination rates have significantly decreased due to COVID-19, and interventions to rapidly restore rates are needed to prevent epidemics of other vaccine-preventable diseases," says Perkins, also an associate professor of obstetrics and gynaecology at Boston University School of Medicine.

"The results of this study can help shed light on the importance of arming providers with the skills necessary to best communicate with families on the importance of getting vaccinations to help decrease the chances of other disease outbreaks in children and young adults."

The key program components included educating providers on how to better communicate with families, decreasing missed opportunities for vaccination, and beginning the HPV vaccine series prior to age 11.