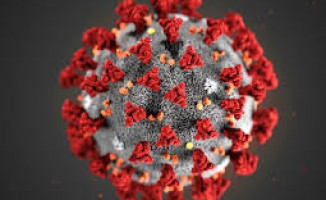 In patients with cancer and COVID-19, cancer that is progressing was independently associated with an increased risk of death, according to an analysis of 928 patients.

COVID-19 treatment with both hydroxychloroquine and azithromycin was also strongly associated with increased risk of death, according to data from the COVID-19 and Cancer Consortium (CCC19) registry.

The registry contains data from patients who have tested positive for COVID-19 and around 40% of patients in the registry also have active cancer.

The data will be presented as part of the virtual scientific program of the 2020 American Society of Clinical Oncology (ASCO) Annual Meeting.

“The cancer care community urgently needs data on the effects of COVID-19, specifically in patients with cancer. How we improve the care we provide these patients and reduce the number of deaths and severe consequences associated with this disease are among the top questions. The COVID-19 and Cancer Consortium registry is a great example of the community quickly coming together to identify and collect the data we need on a large scale,” said ASCO President Howard A. Burris III, MD, FACP, FASCO.

Thirteen percent of patients (121) died within 30 days of COVID-19 diagnosis.

After partial adjustment for several baseline factors, patients with progressing cancer were found to be 5.2 times more likely to die within 30 days compared with patients in remission or with no evidence of disease.

Use of a combination of hydroxychloroquine and azithromycin to treat COVID-19 was associated with a 2.89-fold greater risk of 30-day mortality than use of neither drug.

However, there was no significant increase in risk associated with the use of either drug alone.

Patients who received hydroxychloroquine and azithromycin and later died were more likely to have had slightly diminished daily physical function, received cancer therapy less than 2 weeks before COVID-19 diagnosis, have Rh-positive blood type, be of non-Hispanic ethnicity, and use statins at baseline.

“While these findings are provocative, we believe that there is significant confounding by indication and that carefully planned prospective studies are needed to truly demonstrate the risk or benefit of these drugs,” Warner said.

Risk of death at 30 days increased nearly two-fold (1.83) with each decade of life.

In addition, stable, non-progressing cancer was associated with a 1.79 times greater risk of death than no evidence of disease.

Men had a 1.63 times greater risk of 30-day mortality than women.

Lastly, former smokers had a 1.6 times greater risk of mortality than non-smokers.

Half of patients included in this analysis (466) were hospitalised following onset of COVID-19 .

Overall, 14% of all patients were admitted to the intensive care unit.

“This is early and evolving data, and more time and analysis will be needed to confirm and expand on these findings,” said lead author Jeremy L. Warner, MD, Associate Professor of Medicine and Biomedical Informatics at Vanderbilt University Medical Center in Nashville. “Right now, we’re working to quickly get information about why some patients with cancer become infected with the SARS-CoV-2 virus and identify the factors that affect disease severity and death. We're also interested in the effects of treatments that are being used to treat patients with cancer who have COVID-19.”

Researchers are planning to conduct further analyses on this dataset and longer follow-up as the registry continues to accrue patients.