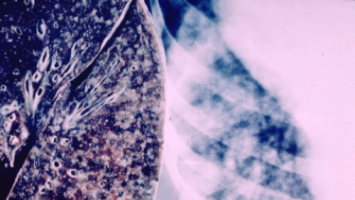 On May 22, 2020, the Food and Drug Administration approved brigatinib for adult patients with anaplastic lymphoma kinase (ALK)-positive metastatic non-small cell lung cancer (NSCLC) as detected by an FDA-approved test.

Efficacy was investigated in ALTA 1L (NCT02737501), a randomised (1:1), open-label, multicentre trial in adult patients with advanced ALK-positive NSCLC who had not previously received an ALK-targeted therapy.

The trial required patients to have an ALK rearrangement based on a local standard of care testing.

A subset of the clinical samples was retrospectively tested with the Vysis ALK Break Apart FISH Probe Kit.

Of the enrolled patients, 239 had positive results using the Vysis diagnostic test (central results were negative for 20 patients and unavailable for 16 patients).

The major efficacy outcome measure was progression-free survival (PFS) evaluated by a blinded independent review committee according to RECIST 1.1.

Brigatinib may be taken with or without food.