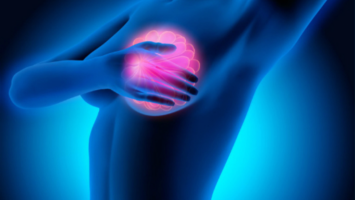 An analysis of more than half a million women in Sweden reveals that mammography screening reduces the rates of advanced and fatal breast cancers.

For the analysis, László Tabár, MD, of Falun Central Hospital, Sweden, Stephen Duffy, MSc, of Queen Mary University of London, and their colleagues examined data on nearly one-third of the women in Sweden who were eligible for mammography screening.

Among these 549,091 women, the investigators calculated the rates of advanced breast cancers and cancers that were fatal within 10 years of diagnosis, comparing the findings in women who participated in recommended mammography screening and those who did not.

“This study shows that participation in breast cancer screening substantially reduces the risk of having a fatal breast cancer.

Because the comparison of participating with non-participating persons was contemporaneous - with mammography screening and breast cancer treatment belonging to the same time period - it is not affected by potential changes in treatment of breast cancer over time,” said Dr. Duffy.

Dr. Tabár stressed that participating in breast cancer screening confers a reduced risk of dying from breast cancer above and beyond what is obtainable with current therapies in the absence of screening.

“Some may believe that recent improvements in breast cancer treatment makes early detection less important,” he said. “Our study shows that nothing can replace finding breast cancer early.”