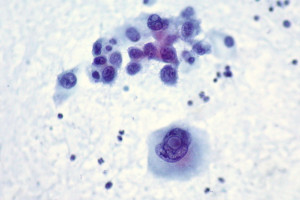 Combining intratumuoral electroporation of interleukin-12 (IL-12) DNA with the immune checkpoint inhibitor pembrolizumab led to clinical responses in patients with immunologically quiescent advanced melanoma, according to results from a phase II trial.

"However, approximately 40 percent of melanomas are considered to be 'cold,' meaning that they lack sufficient infiltration of immune cells within the tumor and therefore have poor responses to this therapy." It is estimated that only 12 to 15 percent of "cold" melanomas respond to immune checkpoint inhibition, added Daud. "The big question in the field is how to turn these 'cold' melanomas into 'hot' ones that will respond to immune checkpoint inhibition."

In this single-arm phase II trial, Daud and colleagues examined the impact of treating patients with "cold" melanomas with a combination of the immune checkpoint inhibitor pembrolizumab and a DNA plasmid encoding IL-12 (TAVO).

IL-12 is a cytokine that triggers the recruitment of immune cells.

The trial enrolled 23 adult patients with unresectable or metastatic melanoma who had accessible lesions and who were predicted to respond poorly to pembrolizumab, based on the proportion of checkpoint-positive immune cells in their tumours.

Patients underwent TAVO electroporation on days 1, 5, and 8 of every six-week cycle, and they received pembrolizumab every three weeks.

Patients remained on treatment until confirmed disease progression, up to two years.

Responses were observed in nine of 22 evaluable patients, for an objective response rate of 41 percent.

The median progression-free survival was 5.6 months, and the median overall survival was not reached after a median follow-up of 19.6 months.

"Responses in untreated lesions may be due to proliferation and circulation of cancer-specific immune cells throughout the body," explained Daud.

"Grade 3 or higher adverse effects were limited and included pain, chills, sweats, and cellulitis, in addition to the toxicities typically observed with pembrolizumab alone," Daud noted.

By examining pre- and post-treatment tissue samples, Daud and colleagues found that the combination treatment increased the number of immune cells in the tumor microenvironment, compared with baseline levels.

Furthermore, treatment enhanced the number of proliferating immune cells in peripheral blood of both responders and nonresponders, indicating activation of a systemic immune response.

"Combining pembrolizumab with TAVO electroporation improved responses for these patients who were predicted to have very poor responses to single-agent immune checkpoint inhibition," said Daud.

"By using electroporation to deliver TAVO locally, we were able to avoid many of the toxicities associated with systemic IL-12 administration, while still attaining clinical responses and inducing immune-cell infiltration in treated and untreated melanoma lesions," Daud added.

Based on these findings, ongoing work from Daud and colleagues aims to understand how to induce responses in the patients who did not respond to the TAVO and pembrolizumab combination.

Additionally, Daud and colleagues are currently conducting a phase II study of intratumoural TAVO plus pembrolizumab in patients who have progressed on pembrolizumab or nivolumab.

Daud is also interested in examining the impact of the combination therapy for other "cold" tumor types, including breast cancer.

"While our results are promising, a key limitation to this approach is that approximately 60 percent of patients still did not respond," explained Daud.

An additional limitation is that electroporation would not be an option for patients with inaccessible lesions.