The physiological mechanisms underlying the most common paediatric leukaemia discovered 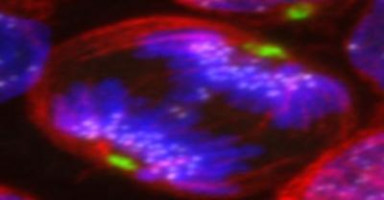 B-cell acute lymphoblastic leukaemia (B-ALL) is characterised by the accumulation of abnormal immature B-cell precursors (BCP) in the bone marrow (BM) and is the most common paediatric cancer.

Among the different subtypes known in B-ALL, the most common one is characterised by the presence of a higher number of chromosomes than in healthy cells and is called High hyperdiploid B-ALL (HyperD-ALL).

This genetic abnormality is an initiating oncogenic event affiliated to childhood B-ALL, and it remains poorly characterised.

HyperD-ALL comprises 30% of paediatric B-ALL and usually has a favourable clinical outcome, with 90% of survival in patients with this haematologic cancer.

Despite this, until date, there was very little knowledge on how hyperdiploidy occurs in HyperD-ALL, as an initiating oncogenic event in B-ALL and which secondary alterations are necessary for leukaemic B-ALL cells accumulation in the bone marrow, impeding the growth of healthy cells and leading to the clinical leukaemia complications.

A precise knowledge of the physiopathogenic mechanisms underlying HyperD- ALL was necessary because the morbidity/mortality associated with HyperD-ALL still represents a clinical challenge due to the high number of patients suffering from this type of B-ALL.

For this reason, Óscar Molina, researcher of the Group of Stem Cells, Developmental Biology, and Immunotherapy of the Josep Carreras Leukaemia Research Institute, has led research on the mechanisms underlying HyperD-ALL, unveiling how and why it happens, published in Blood Journal.

Molina and the co-authors of the study hypothesised that the origin of the pathogenic mechanisms associated with hyperdiploidy in B-ALL could be in the moment of the cell's division, known as mitosis, which is a highly orchestrated cellular process that controls the equal distribution of the genetic material, already duplicated and compacted in chromosomes, in two "newborn" cells.

"We knew already that HyperD-ALL arises in a BCP in utero. However, the causal molecular mechanisms of hyperdiploidy in BCPs remained elusive. As faithful chromosome segregation is essential for maintaining the genomic integrity of cells, and deficient chromosome segregation leads to aneuploidy and cancer, we wanted to observe and deepen on what is happening in chromosomes' segregation in HyperD-ALL, because we suspected that by studying cell division in these cells we would find an explanation to this oncogenic process."

What Molina and his colleagues discovered was that three key processes and actors for correct mitosis or cell division and chromosome segregation were misfunctioning in hyperdiploid cells; that artificial disruption of these processes in blood cells with normal chromosome numbers generated hyperdiploid cells resembling those in B-ALL samples.

Therefore, shedding light on the cellular and molecular mechanisms involved in HyperD-ALL origin and progression.

The main proteins and processes leading to fatal error were a malfunctioning of the Condensin complex, a multiprotein complex responsible for helping condense the genetic material correctly into chromosomes; the protein Aurora B kinase, that is responsible for a correct chromosome attachment to the spindle poles, thus ensuring proper chromosome segregation; and the mitotic checkpoint, or Spindle Assembly Checkpoint (SAC), the cell machinery involved in controlling that chromosomes are correctly separated to each pole of the cell that is dividing.

With these findings, Molina et al. have unveiled the molecular mechanisms that are altered in this frequent type of paediatric blood cancer.

"Next steps would be to study whether other subtypes of B-ALL with abnormal chromosome numbers, such as hypodiploid B-ALL, a very aggressive subtype of paediatric blood cancer characterised by lower numbers of chromosomes, share a common molecular mechanism. These studies will allow generating the first in vivo models of leukaemias with abnormal chromosome numbers in mice that will be crucial to understand its origin and development, thus facilitating the development of more targeted and less toxic therapies for these paediatric blood cancers" stated Óscar Molina.