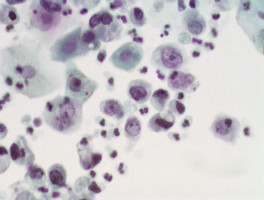 Using immunotherapy immediately after chemotherapy treatment in patients with metastatic bladder cancer significantly slowed the progression of the cancer, according to results of a clinical trial led by Mount Sinai researchers published in the Journal of Clinical Oncology.

The study is the first to show that this approach to therapy, called switch maintenance immunotherapy, significantly slows the worsening of a type of bladder cancer called urothelial cancer.

The randomised Phase 2 trial tested this treatment in 108 patients.

The trial tested an immunotherapy known as pembrolizumab after patients were treated with platinum-based chemotherapy in one group of patients and used a placebo after the same type of chemotherapy in a second group.

The time until the cancer progressed was approximately 60 percent longer for the pembrolizumab group compared with the control group.

"This trial, along with another recent study testing a similar approach, bolster the use of switch maintenance treatment, which will likely become a standard of care for metastatic urothelial cancer, a disease characterised by a paucity of advances in decades," said lead author Matthew Galsky, MD, Co-Director of the Center of Excellence for Bladder Cancer at Mount Sinai.