New therapeutic strategies proposed for some lung and kidney cancers 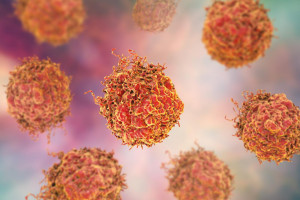 New findings from researchers at The University of Texas MD Anderson Cancer Center about how some cancer cells become "addicted" to glucose could open up fresh approaches to therapy strategies for cancers with high levels of an amino acid transporter called solute carrier family 7 member 11 (SLC7A11).

This includes lung cancer and renal cell carcinoma, the most common type of kidney cancer.

The chemistry behind cancer cell "addictions"

Gan noted the example of asparaginase treatment for acute lymphoblastic leukemia, which, unlike normal cells, lacks the ability to produce the amino acid asparagine, and must depend on extracellular sources to obtain asparagine in order to survive.

Cancer cells depend on another amino acid known as cystine to ensure strong antioxidant defences.

Most cancer cells obtain cystine via the SLC7A11 transporter.

Once inside cells, cystine is converted to a related amino acid called cysteine, which is then used to build up glutathione, the most common antioxidant produced in the body, which in turn, allows cancer cells to survive.

"SLC7A11 is frequently overexpressed in cancers and has a well-established role in maintaining glutathione levels which reduce cancer cell death," said Gan.

"However, in this study we found that actively importing cystine into cells represents a risky business for cancer cells. Cystine is among the least soluble amino acids and accumulating too much cystine inside cells is toxic. Therefore, cancer cells are forced to quickly convert cystine to cysteine. Consequently, cancer cells with high levels of SLC7A11 and high demand for cystine become dependent on glucose for survival," added Gan.