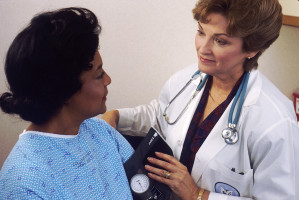 Building on the highly successful 2019 theme #My10Seconds, this year’s ECCAM campaign, #Beautiful Lives, will focus on mobilising public support for greater availability of colorectal cancer (CRC) screening across Europe, through the world’s platform for social change, Change.org via the petition link: www.change.org/BeautifulLives.

“There’s an injustice across Europe that’s costing lives”, said DiCE Director, Jola Gore-Booth. “CRC is the continent’s third most common cancer and fully treatable if you identify it early. And there’s a simple, ten-second test for doing that. But the test is only available in very few of the 27 countries in the EU. Our challenge is to get this test, known as the FIT, adopted so that everyone has the chance to detect CRC early – and save their life”.

The 2020 campaign is designed to connect with citizens through a positive and inspiring theme, ‘Life is Beautiful, Right?’ and will invite citizens to help other people – rather than directly raising anxiety about their own personal health – via a direct and easily followed call to action.

The #Beautiful Lives campaign will use the proven power of Facebook and Instagram to motivate European citizens to help DiCE challenge Europe’s policymakers by signing a petition to demand universal access to colorectal cancer screening.

By focusing single-mindedly on the core message: ‘help prevent 100,000 unnecessary deaths a year’ DiCE is targeting 1 million signatures over 6 months through the Change.org platform.

National support will be provided by Digestive Cancers Europe’s 30 Member Groups in 27 countries across Europe.

Every year, 370,000 citizens in the European Union are diagnosed with colorectal cancer and 170,000 of them die.

Patients who are detected early (Stage I), have a 90% chance of survival as compared to only 10% when detected in stage IV. Despite the fact that
colorectal cancer evolves slowly, over a period of eight to ten years, the majority of patients are still detected in the late stages III & IV.

“This makes the case for early screening an easy one, especially because the treatment of early-stage cancer is cheaper than late stage, and over €3 billion of savings could be generated in the healthcare system every year”, said DiCE CEO Stefan Gijssels. “Making people aware of the benefits of detecting colorectal cancer early by taking the screening test could save an additional 100,000 lives every year”.

Supporting materials will be distributed in local languages in a further 12 EU countries.

“This year’s campaign will extend our message across the majority of European countries and continue to drive awareness of the need for early CRC screening”, commented Jola Gore-Booth. ”With a million signatures, we can truly save many lives by getting the policy makers to sit up and take notice”.

European Colorectal Cancer Awareness Month was established in 2008 as an Annual Awareness Raising initiative by EuropaColon, which has now expanded to become Digestive Cancers Europe (DiCE).

All the materials of the campaign are available on https://digestivecancers.eu/