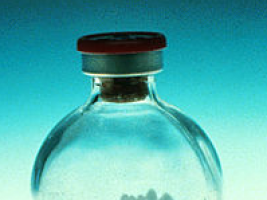 Scientists are developing a combined vaccine to fight the most deadly form of brain cancer.

A research team led by Nottingham Trent University is hoping to tackle glioblastoma multiforme (GBM) which kills more people than the other 130 types of brain tumour put together.

There is no effective, long-term treatment for GBM – the most malignant and resistant form of brain tumour – and new therapies are urgently required.

The disease carries a very poor prognosis – even after surgery, radiotherapy and chemotherapy, patients have an average survival time of about 14 – 18 months.

It is responsible for 5,000 deaths a year in the UK alone.

The new study, led by the NTU’s John van Geest Cancer Research Centre and funded by the Headcase Cancer Trust, will test a combined cancer vaccine which triggers immune responses against molecules that are expressed by GBM tumours.

As it is a combined vaccine, it will target two molecules (TRP2 and WT1) which both play a significant role in GBM and are expressed in many GBM cells.

It is expected that this study will provide a basis on which to move this new approach into the clinical setting.

She said: “Current treatments for GBM are associated with severe and prolonged side-effects. The disease also has a high probability of recurrence after surgery due to the capacity of GBM cells to spread across large areas of the brain. Vaccines can trigger immune responses that protect us from diseases such as hepatitis, measles and tetanus, and such immunotherapies also offer an approach for the treatment of cancer, as they are relatively non-toxic and have the potential to protect against cancer recurrence.” Headcase Cancer Trust's founder Colin Speirs’ wife, Becky, died from GBM in 2010. They met while studying at Nottingham Trent University.

Colin said: “We’re delighted that Headcase continues to fund this genuinely ground-breaking project with NTU and that I, personally, can put something back into the University.

He said: “It’s their radical out-of-the-box thinking that we love; it fits perfectly with Headcase’s strategy to find a cure for this currently incurable disease. We look forward to moving this work, together, into human trials. The future gets written today.”

Professor Graham Pockley, Director of NTU’s John van Geest Cancer Research Centre, said: “It is an exciting period for those of us that are working hard to develop new approaches for turning a patient’s immune system against their tumour – so called immunotherapy. Although success has been seen in many areas, effective treatments for GBM remain elusive.

“Combining a vaccine approach which has already been tested in another setting with strategies for preventing the tumour switching off the immune attack and enabling activated immune cells to enter the brain and reach the tumour has great potential,” added Prof Pockley.

The vaccine ‘delivery system’ utilised by the scientists will be Scancell’s ‘Immunobody®’ technology, a version of which has been successfully used to develop SCIB1, an ImmunoBody® vaccine for the treatment of melanoma which has recently shown a highly promising survival trend in a Phase 1/2 clinical trial and is currently being evaluated in an ongoing Phase 2 trial in advanced melanoma patients.