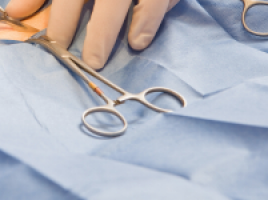 Patients at average risk of colorectal cancer who have a normal colonoscopy do not need to repeat screening for 10 years.

It is common for polyps to be removed and tested during a colonoscopy, but the amount and size of polyps removed will change the patient's follow-up screening schedule.

In two new publications from the U.S. Multisociety Task Force (MSTF) on Colorectal Cancer, experts provide a timeline for patients to be rechecked for colorectal cancer based on their initial colonoscopy as well as recommendations for physicians to apply the safest and most effective techniques to completely remove polyps.

Colorectal cancer, the second leading cause of cancer death in the U.S., is preventable when precancerous polyps are found and removed before they turn into cancer.

Screening for average-risk patients is recommended to begin at age 50.

The recommendation documents from the U.S. Multisociety Task Force -- which is comprised of representatives of the American College of Gastroenterology, the American Gastroenterological Association and the American Society for Gastrointestinal Endoscopy -- aim to improve colorectal cancer prevention and early detection.

Recommendations for Follow-Up After Colonoscopy and Polypectomy

For this publication, the U.S. MSTF reviewed their 2012 recommendations and provide an updated schedule for follow-up colonoscopy following a patient's initial high-quality exam:

To review all MSTF recommendations for patient follow-up, review the full publication.

In this publication, the U.S. MSTF provides best practices for the endoscopic removal of precancerous colorectal polyps during colonoscopy, which is called a polypectomy.

MSTF recommends macroscopic characterisation of a polyp, which provides information to facilitate the polyp's histologic prediction, and optimal removal strategy.

The primary aim of polypectomy is complete removal of the colorectal lesion, and the subsequent prevention of colorectal cancer.

When an endoscopist encounters a suspected benign colorectal polyp that he/she is not confident to completely remove, MSTF recommends referral to an endoscopist experienced in advanced polypectomy for subsequent evaluation and management in lieu of referral for surgery.

Patient has pedunculated polyp(s): Recommend prophylactic mechanical ligation of the stalk with a detachable loop or clips on pedunculated polyps with head ?20mm or with stalk thickness ?5mm to reduce immediate and delayed post-polypectomy bleeding

MSTF recommends intensive follow-up schedule in patients following piecemeal endoscopic mucosal resection with the first surveillance colonoscopy at 6 months, and the intervals to the next colonoscopy at 1 year, and then 3 years.