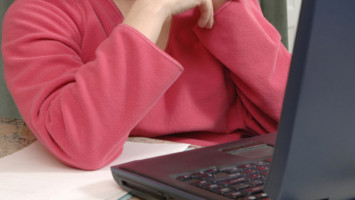 Teenagers with cancer must no longer be blocked from entering adult clinical trials, according to the multi- stakeholder international FAIR (Fostering Age Inclusive Research) Trials Initiative.

The Group states that teenagers with cancer are routinely prevented from trying out potentially lifesaving treatments because of a bureaucratic impediment that means under 18s cannot participate in many trials for new cancer drugs.

Members of the Group are united in calling for a change of common practice and announce that it is right and safe to lower the age of access from 18 to 12 years of age (where medically justified) to enable children/adolescents with cancer to have better access to medicines.

This week, the Group launched a new teenage friendly ‘Stamp of Approval’ encouraging all trials to be made accessible for young people with cancer in a safe and appropriate way.

Chris Copland, parent representative and co-chair of the Group, says: “Clinical trials offer hope that one day we may save the thousands of young lives we lose to cancer every year in Europe alone. However, many trials currently exclude patients under eighteen, though this age limit bears little relation to science, safety or compassion.

“We must change this situation as fast as we can. Our FAIR Trials Initiative is a major step in the right direction.”

Dr Nathalie Gaspar, a paediatric oncologist from the Gustave Roussy Cancer Campus in Paris, says: “My main fear is missing an opportunity to cure a young person, or at the very least being able to extend their young lives. It is utterly unbearable to tell a teenager, just because they are under 18, that they cannot participate in a trial, which may offer their last bit of hope.'

“The industry is united in recognising that this 18-year age limit is an artificial one and with no clinical evidence behind it. We now have to work hard to ensure that the practice is changed.”

Professor Pamela Kearns, a Medical Professional (University of Birmingham, Cancer Research UK Clinical Trials Unit in the United Kingdom) and SIOP Europe President, says: “There has been significant progress in the treatment of cancer and survival rates in some areas have greatly improved. However, survival rates have in fact plateaued for certain childhood/teenage cancers. This is especially true for those young people whose cancer has already spread at diagnosis and for some brain tumours and sarcomas.'

“We understand more about cancer now and much better, kinder drugs are becoming available downstream. We must make sure that our young people have the same access as adults if we are to see improvements in treatments and survival rates. This really is an urgent matter.”

It is surprising to learn how far research into young people’s cancer lags behind that for adults.

More than 100 children and young people die of cancer in Europe each week, and cancer is therefore the biggest killer by disease in this age group.

The Group strongly anticipates that age limits will not be a barrier in the future.

The prospect to participate in clinical trials shouldn’t be about whether a child is below or above 18 years of age.

Instead, it should be about the way the drug works, the biology of the disease and the needs of the patient.

The future of clinical trials must change to meet the needs and the future of our young people.

The latest activities of the FAIR Group were presented at the 8th ACCELERATE Paediatric Oncology Conference, which took place on 6-7 February 2020 in Brussels, Belgium.