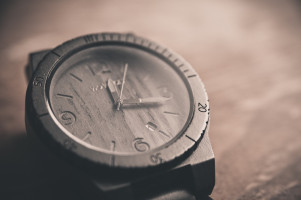 Often taken for granted, the circadian rhythm is gaining traction as a potential catalyst or brake for the onset of disease.

For example, studies have shown that women who take frequent night shifts have disrupted internal clocks and increased risk of developing breast cancer.

Now, City of Hope's David K. Ann, Ph.D., and his colleagues think they may have found a new role for the "clock gene": It is linked to triple-negative breast cancer, an aggressive form of the disease that often results in a poorer prognosis.

"We are the first to highlight the circadian protein BMAL1 as a tumour suppressor that interacts with the metabolism of prediabetic, obese people," said Ann, senior author of a new study and the Morgan & Helen Chu Dean's Chair of the Irell and Manella Graduate School of Biological Sciences at City of Hope.

"Loss of BMAL1 in a prediabetic or obese environment gives breast cancer progression the competitive edge. This finding brings us one small step closer to the ability to provide more personalised breast cancer care based on an individual's genetics and lifestyle choices."

The retrospective study, to be published in the Feb. 21 issue of Cell Press' iScience, is a proof-of-concept investigation based on City of Hope's initial bioinformatics observations. Subsequent laboratory work used cell and mouse models to test the new hypothesis, which resulted in City of Hope scientists establishing a link among circadian rhythm, cell metabolism, breast cancer progression and nutritional health.

Because obesity is a risk factor in many cancers, the City of Hope researchers next will look into how the clock gene may affect prediabetic, obese people with other major cancer types.

"The growing number of public databases in cancer genomics has afforded us the opportunity to generate hypotheses and validate discoveries for translational research," said Ching Ouyang, Ph.D., assistant research professor in the Center for Informatics and the Department of Computational and Quantitative Medicine at City of Hope, a world-renowned independent research and treatment center for cancer, diabetes and other life-threatening diseases.

"City of Hope is a unique comprehensive cancer center that fosters collaboration. Physicians, researchers and data scientists find trends in clinical and laboratory data and work together to develop novel therapies."

In this study, the researchers found that obese, prediabetic mice without the BMAL1 protein derived from their clock gene experienced accelerated breast tumour growth compared to their lean animal model peers.

Additionally, breast tumours spread to the lungs more quickly in obese mice, suggesting that BMAL1 is a novel target that can suppress tumour progression or metastasis in a prediabetic, obese environment.

Though more research is needed, Ann said that in the distant future, a doctor could determine an individual's BMAL1 levels, especially in tumours, as well as order blood work to understand the person's nutritional health.

If BMAL1 levels are low and the individual is prediabetic or clinically obese, perhaps a not-yet-developed drug could be prescribed to increase BMAL1 levels. Additionally, the physician could advise the patient to reconsider her dietary habits.