ASCO GI: Young adults with colorectal cancer in low-income and low-education areas, or urban areas have worse overall survival and a higher risk of death 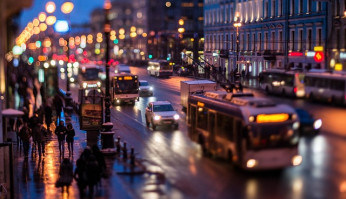 A retrospective analysis of 26,768 young adults age 40 and under found that those who live in areas with lower income (less than $38,000) and lower education (under 79% high school graduation rate), as well as those who live in urban areas, had worse outcomes and a higher risk of death.

The results will be presented at the 2020 Gastrointestinal Cancers Symposium, taking place January 23-25 in San Francisco, California.

Each year more than 16,000 people under age 50 are diagnosed with colorectal cancer in the United States, and incidence rates among this population have risen 51% since 1994 with the sharpest increase among those age 20 to 29.

“There are a lot of disparities in health care,” said lead author, Ashley Matusz-Fisher, MD, Levine Cancer Institute, Charlotte, NC. “It is important to look at the sociodemographic disparities so that we can learn more and try to eliminate them.”

Previous studies have explored sociodemographic disparities in patients with cancer, including those with colorectal cancer; however, according to the authors, this study is the first to explore sociodemographic disparities in young adults with colorectal cancer and to study whether residential location correlates with outcomes such as overall survival.

Researchers used data from the National Cancer Database of 26,768 young adults who were diagnosed with colorectal cancer between 2004 and 2016.

Researchers categorised patients based on whether they lived in areas of low or high income and education.

In addition, about 32% lived in metropolitan areas and 18.4% lived in urban areas.

In addition, after researchers adjusted for race, insurance status, stage of cancer, and comorbidities, they found that patients from urban areas had a 10% increased risk of death compared with those from metropolitan areas, regardless of income.

Patients diagnosed with stage IV cancer in the lowest income areas also had worse median overall survival as compared with those residing in higher income areas.

Lastly, researchers found that patients in the lowest income areas were more likely to be black, not have private health insurance, have more comorbidities, and present with more advanced cancer.

“Disparities do not necessarily translate to racial or ethnic differences; many other types of disparity exist among our patients that affect the availability of and access to cancer care, and likely will influence patient outcomes,” said the senior author, Dr. Mohamed E. Salem, gastrointestinal oncologist and associate professor of medicine at Levine Cancer Institute, Charlotte, NC.  “Although awareness of health care disparities has increased, considerable knowledge gaps still exist, particularly among young adults with cancer. Therefore more effort to increase awareness regarding health care disparities is warranted to provide access and remove barriers to care so that we can eliminate disparities and achieve health equity.”