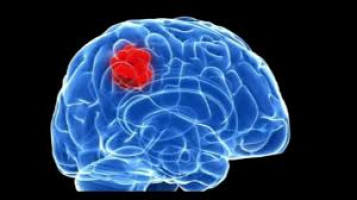 Researchers at The University of Texas MD Anderson Cancer Center have identified a tenacious subset of immune macrophages that thwart treatment of glioblastoma with anti-PD-1 checkpoint blockade, elevating a new potential target for treating the almost uniformly lethal brain tumour.

Their findings, reported in Nature Medicine, identify macrophages that express high levels of CD73, a surface enzyme that's a vital piece of an immunosuppressive molecular pathway.

The strong presence of the CD73 macrophages was unique to glioblastoma among five tumour types analysed by the researchers.

After establishing the cells' presence in human tumours and correlating them with decreased survival, the researchers took their hypothesis to a mouse model of glioblastoma.

"We're working with pharmaceutical companies that are developing agents to target CD73 to move forward with a glioblastoma clinical trial in combination with anti-PD-1 and anti-CTLA-4 checkpoint inhibitors," says Padmanee Sharma, M.D., Ph.D., professor of Genitourinary Medical Oncology and Immunology.

Sharma and colleagues take an approach they call reverse translation.

"Understanding what's different in immune niches across cancers provides clues and targets for treating tumours," Sharma says. "That's why we did this study."

The most surprising finding was a metacluster of immune cells found predominantly among the 13 glioblastoma tumours.

Cells in the cluster expressed CD68, a marker for macrophages, immune system cells that either aid or suppress immune response.

The CD68 metacluster also expressed high levels of CD73 as well as other immune-inhibiting molecules.

The team confirmed these findings in nine additional glioblastomas.

A refined gene signature for the cells was evaluated against 525 glioblastoma samples from The Cancer Genome Atlas and was correlated with decreased survival.

The team treated mice with either PD-1 inhibitors or a combination of PD-1 and CTLA-4 immune checkpoint inhibitors.

Mice with intact CD73 treated with the combination had increased survival over untreated mice, while mice with CD73 knocked out lived even longer after combination therapy.

There was no survival benefit from anti-PD-1 alone.

"Based on our data and earlier studies, we propose a combination therapy strategy to target CD73 plus dual blockade of PD-1 and CTLA-4," the team concludes in the paper, noting that anti-CD73 antibodies have yielded promising results in early studies.