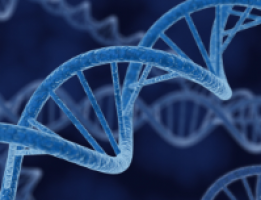 A pioneering precision medicine already licensed for breast and ovarian cancer can also slow or stop tumour growth in some men with advanced prostate cancer, a new clinical trial shows.

The phase II trial found that over 80 percent of men with prostate cancer whose tumours had mutations in the BRCA genes responded well to treatment with the targeted drug olaparib.

Men in the study had already received chemotherapy and their disease was advanced.

Patients treated with olaparib whose prostate cancers had DNA repair defects lived for more than 13 months on average – and nearly 18 months among those with BRCA mutations – raising the prospect that it could become the first ever gene-targeted drug to be approved for prostate cancer.

The TOPARP-B trial was led by a team at The Institute of Cancer Research, London, and The Royal Marsden NHS Foundation Trust.

It has been published in The Lancet Oncology.

An initial trial, TOPARP-A, tested use of olaparib in a group of men with advanced prostate cancer who weren’t selected for treatment based on gene mutations, and suggested that those whose tumours had mutations in a range of genes involved in repairing damage to DNA could benefit most.

That led to TOPARP-B, which was the first study to direct olaparib specifically at men whose prostate cancers had mutations in their DNA repair systems.

The researchers used olaparib to treat 98 men, at 17 UK hospitals, with mutations in DNA repair genes, and who all had advanced cancer which had been heavily pre-treated.

Overall, they found that 47 per cent of men with these DNA repair defects responded to olaparib, halting disease progression for an average of 5.5 months.

The most common DNA repair defects were mutations in the BRCA1 and BRCA2 genes, but various other mutations were also detected including those in the PALB2, ATM and CDK12 genes.

Men with BRCA mutations responded best to olaparib, with more than 80 per cent responding and 40 per cent remaining free of disease progression for more than a year.

Additionally, over half of patients carrying PALB2 mutations responded to olaparib, as well as 37 per cent of those with ATM mutations.

Some 20 per cent of patients with other DNA repair gene alterations also responded to olaparib.

The median overall survival with olaparib was 17.7 months for patients with BRCA mutations, compared with 16.6 for men with ATM mutations, and 13.9 months for those with PALB2 mutations.

Olaparib is one of a class of drugs called PARP inhibitors which are licensed for women with ovarian and breast cancer who have mutations in the BRCA genes.

Scientists at The Institute of Cancer Research (ICR) were the first to discover how to genetically target olaparib, and they went on to develop the drug in clinical trials with colleagues at The Royal Marsden.

The researchers believe men with advanced prostate cancer should now routinely have their tumours tested for DNA repair defects such as BRCA mutations, so that where appropriate they can benefit from PARP inhibitors.

The ICR is seeking to discover novel gene-targeted medicines and innovative ways of combining them within its pioneering new Centre for Cancer Drug Discovery – a £75 million investment focused on finding new ‘anti-evolution’ treatments that can overcome drug resistance.

Study leader Professor Johann de Bono, Regius Professor of Cancer Research at The Institute of Cancer Research, London, and Consultant Medical Oncologist at The Royal Marsden NHS Foundation Trust, said: “Our trial has shown that men with prostate cancer who were selected for faults in DNA repair genes responded very well to the targeted drug olaparib, especially where they had BRCA mutations in their tumours. “This study and another phase III trial place olaparib on the verge of becoming the first genetically targeted treatment in prostate cancer. I’m excited by these findings, and keen to see further research assessing how we can combine olaparib with other treatments to extend patients’ lives even more dramatically,” added Prof de Bono.

Professor Paul Workman, Chief Executive at The Institute of Cancer Research, London, said: “Precision medicines targeted to specific genetic faults are transforming treatment for many different cancers, and with this new research it looks like we will soon be able to add prostate cancer to that list. It’s exciting to see a drug which the ICR helped pioneer having such widespread benefits for both women and men with cancer. The next step is to work out how to combine olaparib with other drugs to keep cancer at bay for much longer. That’s the kind of research we will be carrying out in our new Centre for Cancer Drug Discovery, which aims to create innovative new treatments designed to overcome cancer evolution and drug resistance.”