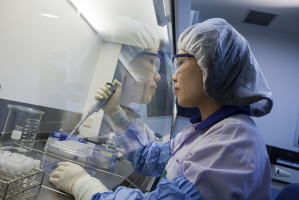 Patients with advanced refractory solid organ malignancies where disease had progressed following 2 lines of systemic treatments were enrolled in the trial.

At study completion, disease control was observed in 114 out of 126 patients evaluable per protocol and disease progression in 12 patients.

The findings were published in Onctotarget.

Dr. Ajay Srinivasan from Datar Cancer Genetics Limited, Nasik, India said, "It has been popularly believed that analysing the molecular structure of cancer would yield definitive strategies and therapeutic direction for improved outcomes"

While platforms and solutions for molecular analysis of tumours have become ubiquitous, widespread adoption of treatment strategies based on evidence of molecular hallmarks appears to be stymied for want of definitive data and lack of demonstrable, quantifiable clinical benefits.

However, these studies were either based on univariate analysis of biomarkers and/or constrained in design by restricting inclusion to patients who were positive for a predefined molecular feature of the tumour.

As a consequence of these restrictions, the outcomes reported in prior precision medicine trials have either fallen short of expectations or have merely suggested equivocal to incremental improvements in efficacy , and have indicated the need for further evaluation of molecular guided therapy selection approach.

Accordingly, the authors designed the RESILIENT Study, where label-and organ-agnostic treatment strategies for patients with r/r m-cancers were based on an integrative, multi-analyte encyclopaedic tumour analysis which captures in depth information about the multi-layered tumour interactome.

The Srinivasan Research Team concluded, "The impact of previous treatments on the overall health of the patients, especially on the bone marrow reserve can impede compliance with ETA guided treatments. In the ITT population , among the 17 patients who were excluded prior to any follow-up, 6 patients were lost to follow-up due to inability to travel from other cities for treatment. Similarly, among the 17 patients who were excluded after the first evaluation, 12 patients were lost to follow-up for the same reason."