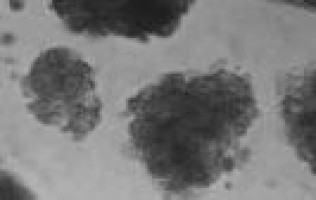 Patients with advanced melanoma have been able to live longer because of several newly approved targeted treatment options, including BRAF and MEK inhibitors.

However, patients will often have different responses to the same treatment due to genetic variability.

Melanoma varies from patient to patient, but genetic variability is also prevalent among different cells from a single tumour.

In a study published in EBioMedicine, researchers with Moffitt Cancer Center's Donald A. Adam Melanoma and Skin Cancer Center of Excellence reveal that differences at the single-cell level can predict responses to initial BRAF inhibitor therapy, and that leveraging these differences may improve patient outcomes.

Approximately half of all melanoma patients have mutations in the BRAF gene that promote cancer growth.

Drugs that target BRAF and the downstream signalling protein MEK have significantly improved patient outcomes, but patients with advanced melanoma are rarely cured with these drugs and most will eventually develop drug resistance and relapse.

However, some patients with BRAF-mutated melanoma can be successfully retreated with BRAF or MEK inhibitors.

Moffitt researchers wanted to determine how differences between cells of a single tumour lead to better responses to BRAF/MEK inhibitors in certain patients.

The research team assessed the variability of melanoma cells and their responses to BRAF inhibitor treatment by analysing the RNA expression patterns in single cells from melanoma cell lines and patient samples.

They discovered that melanoma cells can reside within four different states with distinct patterns of gene expression.

Their analysis predicted the following:

Cell lines that lacked a population of cells within State 1 were more resistant to BRAF inhibitor treatment and could not be successfully re-challenged with a BRAF inhibitor.

These observations, along with evolutionary principles, were used to create a mathematical model to show that it is possible to maintain drug-sensitive cell populations in State 1 by using an adaptive dosing schedule.

Normally, melanoma patients are treated with a continuous dosing schedule with the intent of killing many cancer cells as quickly as possible.

During an adaptive dosing schedule, the decision to hold or initiate drug treatment is based on predicted tumour growth and individual factors.

"Our goal was to achieve initial tumour shrinkage and then to maintain sensitive cells within the tumour, preventing the uncontrolled expansion of the more resistant cellular states," explained Inna Smalley, Ph.D., a member of Moffitt's Department of tumour Biology.

They hope that their studies in cell lines and mouse models will lead to improved treatment approaches for patients.

"Our findings further provide the proof-of-concept that resistance can be delayed through adaptive scheduling of existing FDA-approved drugs, with the advantages of reduced drug exposure and toxicity to the patient," said Smalley.