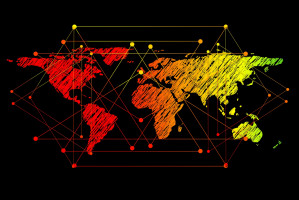 An observational study including 3.9 million cancer cases in seven high-income countries between 1995-2014, published in The Lancet Oncology journal, finds that survival of seven cancers is generally improving, although the overall level and pace of improvement varies between countries and for each cancer type.

The authors say that the cancer stage at diagnosis, timely access to effective treatment, and co-occurring health conditions are likely the main determinants of patient outcomes, and future studies will be needed to assess the impact of these factors and better understand these international disparities.

Lead author Dr Melina Arnold of the International Agency for Research on Cancer (IARC) says: "As part of the SURVMARK-2 project and the second phase of the International Cancer Benchmarking Partnership (ICBP), we investigated incidence, one- and five-year survival, and mortality for seven cancers in seven countries over a 20-year period. While cancer survival and prognosis continue to improve across these high-income countries, the disparities we see are likely due to stage of the disease at diagnosis, the time it takes to get effective treatment and the effect of other concomitant health conditions."

She continues: "The improvements in cancer survival observed are likely a direct consequence of healthcare reforms and technological advances that enable earlier diagnosis, more effective and tailored treatment and better patient management. Improvements in surgical techniques and new guidelines including preoperative radiotherapy as well as better diagnosis and scanning, enabling better staging of cancers and selection for targeted therapies, have all improved patient outcomes."

Over the last two decades, there have been consistent improvements in cancer survival in high-income countries, yet there continue to be differences between countries.

The new study, by the International Cancer Benchmarking Partnership (ICBP - an international, multidisciplinary partnership of clinicians, academics and policymakers), investigated these differences.

They calculated age-standardised survival at one and five years after diagnosis by site, age group, and period of diagnosis.

They also mapped changes in incidence and mortality to changes in survival to assess progress in cancer control.

The percentage of cases eligible for analysis varied by country and depended heavily on the amount of cases identified by death certificate only, which were excluded from the analysis. Data from Canada and Australia were not national, though covered most of their populations - 76% and 70% respectively - thus the datasets are reasonably representative.