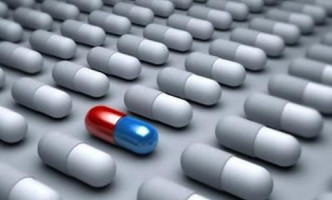 The largest stratified medicine dataset of non-small cell lung cancer patients indicates further molecular stratifications could benefit from targeted therapies, according to research presented today at the IASLC 2019 World Conference on Lung Cancer, hosted by the International Association for the Study of Lung Cancer.

Data from this trial was reported today by Dr. Gary Middleton from the University of Birmingham, United Kingdom.

In an umbrella clinical trial, patients are assigned to a particular treatment arm of the trial based on their type of cancer and the specific molecular makeup of their cancer.

This novel approach provides insight into the drug-biomarker combinations that have the strongest potential for further research.

Middleton and his colleagues recruited 315 patients from a screened population of more than 4,000 patients.

Data for crizotinib show greater than 99% predicted probability of success in ROS1 gene fusions and MET exon 14 skipping mutation but less than 1% for Met amplification with regards to objective response rate.

Middleton reported that responses to selumetinib/docetaxel in NF1 mutation in adenocarcinoma warrant continuation.

Recruitment to vistusertib was halted at interim for LKB1 single mutation: the predicted probability of success for DCBR in those with KRAS mutation with concomitant STK11 loss is 32% with Bayesian estimate of the true DCBR of 27% and with no objective responses.

Four cohorts received capivasertib including those with PIK3CA amplifications the Bayesian estimate for the true DCBR is less than 15% for all arms.

These first results from the largest stratified medicine dataset in NSCLC indicate further molecular stratifications could benefit from targeted therapies.

Reporting interim outputs for all cohorts will allow reappraisal of the global stratified medicine strategy in cancer.

Source: The International Association for the Study of Lung Cancer