Risks factors of oestrogen therapy among women with a hysterectomy determined 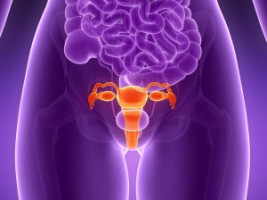 Harms and benefits of oestrogen therapy among women with a hysterectomy appear to depend on age when therapy was started and whether women still had their ovaries.

Patients who started oestrogen over the age of 60 did not derive a mortality benefit and experienced more adverse effects particularly among those 70 and older, regardless of whether they had their ovaries removed.

While no statistically significant benefit was seen in the initial study average follow-up period of 7 years, women in their 50s who had a hysterectomy and their ovaries removed appear to experience a mortality benefit from oestrogen therapy during long-term follow-up (average of 18 years) and did not seem to have harmful health effects.

The same was not true for women who started oestrogen therapy in their 60s or 70s, whether or not they still had their ovaries.

Findings from a randomised double-blind trial are published in Annals of Internal Medicine.

About one third to one half of women who undergo hysterectomy also have their ovaries removed (a procedure called bilateral salpingo-oophorectomy) at the same time to reduce their risk for ovarian cancer in the future.

These procedures lead to early menopause and loss of oestrogen, which is associated with other health risks.

This is the first study to assess, in a randomised trial setting, whether health outcomes of menopausal oestrogen therapy differ between women with or without their ovaries.

In a study led by researchers at Brigham and Women's Hospital, Harvard Medical School, 9,939 women aged 50 to 79 years with prior hysterectomy were included to examine whether oestrogen therapy outcomes differed by whether or not the participants' ovaries were also removed.

They also assessed whether the effect was different based on the age at which the women began oestrogen therapy.

Women were randomly assigned to receive oestrogen hormone supplements or placebo pills and the researchers documented whether women developed heart disease, breast cancer, or death from any cause, among other measures.

They found that menopausal oestrogen-alone therapy for a median of 7.2 years was associated with reduced mortality over the long-term (18 years) and had a generally favourable safety profile when initiated before the age of 60 in women who had their ovaries removed.

Whether or not their ovaries were intact, older women did not derive this benefit.

Women who had their ovaries removed and were above age 70 experienced adverse effects of treatment.