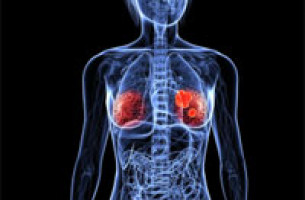 UT Health San Antonio researchers have discovered a novel way to kill cancers that are caused by an inherited mutation in BRCA1, the type of cancer for which actress Angelina Jolie had preventive double mastectomy and reconstructive surgery in 2013.

"This represents a new treatment for inherited breast and ovarian cancer, which are higher in our region," said Robert A. Hromas, M.D., FACP, professor and dean of the Joe R. and Teresa Lozano Long School of Medicine at UT Health San Antonio. Dr. Hromas is senior investigator on the research, published in the journal Proceedings of the National Academy of Sciences.

However, cancers with BRCA1 mutations repress miR223-3p to permit their cells to divide.

MiR223-3p acts like a light switch, turning off proteins that BRCA1-mutant cancers need to divide properly.

"It's kind of a cool way of thinking about treatment," Dr. Hromas said. "We are using the very nature of these BRCA1-deficient cancer cells against them. We are attacking the very mechanism by which they became a cancer in the first place."

There is evidence that restoring miR223-3p before cells convert to cancer can even prevent BRCA1-related disease, he said.

After Ashkenazi Jews, Hispanics have the second-highest prevalence of BRCA1 disease-causing mutations.

The disease's burden in San Antonio and South Texas is therefore among the highest in the country.