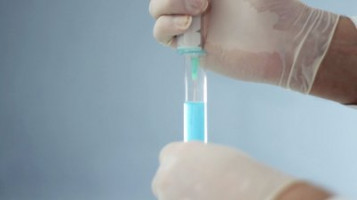 A study from Vanderbilt-Ingram Cancer Center and the Department of Veterans Affairs led by Anna Vilgelm, MD, PhD, and Ann Richmond, PhD, has identified a possible second-line treatment for melanoma patients.

The potential treatment would render CDK4/6 inhibitors, a class of drugs prescribed for some breast cancers, also effective against melanoma by combining the inhibitors with MDM2 compounds, which are currently in drug development.

Utilising melanoma patient-derived xenografts in mouse models, Vilgelm and colleagues first uncovered the molecular mechanisms of CDK4/6 resistance and then tested whether the combination therapy would reverse that process.

The research has been published in the journal Science Translational Medicine.

"Over 40 percent of melanoma tumours exhibit loss or mutation of CDKN2A, a gene that regulates CDK4/6 and MDM2 to control cell cycle," said Richmond, Ingram Professor of Cancer Research.

Although activation of CDK4/6 is a key mechanism of melanoma development, the inhibitors have not had the same efficacy with melanoma as they have with breast cancer.

Vilgelm and colleagues sought to understand why.

They identified the scarcity of a specific protein, p21, in melanoma cell lines as a likely cause.

The MDM2 antagonists stabilise the tumour suppressor, p53 and induced expression of p21, which functions as a regulator of cell cycle progression and counteracts resistance to CDK4/6 inhibitors.

"MDM2 inhibitors require functional p53 to work," Vilgelm said. "In many types of cancer, p53 will be mutated or deleted, and this loss of tumour suppressor allows tumours to progress. In melanoma, however, mutations of p53 are relatively rare. Therefore, the combination therapy of MDM2 and CDK4/6 inhibitors is likely to benefit a large group of melanoma patients."

"Thus, the combination therapy of MDM2 and CDK4/6 inhibitors are likely to benefit only patients with p53 and RB wild-type melanoma," she said.

Although effective therapies for melanoma, particularly immunotherapies, have become available in recent years, nearly half of melanoma patients are not responsive to immunotherapies.

"I think this is a good potential second-line treatment for melanoma patients with p53 and RB wild type tumours who don't respond to or who develop resistance to immunotherapies or other targeted therapies," Vilgelm said. "I think this combination really makes sense in terms of the genetics of melanoma."

"Our finding that combining a CDK4/6 inhibitor with an MDM2 inhibitor can overcome this genetic driver of melanoma, i.e. mutation or loss of CDKN21, is very promising and should be tested further in clinical trials," Richmond said.