Globally, more than 11 million years of healthy life lost due to childhood cancer in 2017 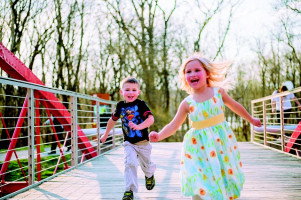 While the number of new cancer cases in children and adolescents (aged 0-19 years) is relatively low at around 416,500 globally in 2017, treatment-related ill-health and disability and fatal cancer are estimated to cause around 11.5 million years of healthy life lost globally every year.

This is according to the first Global Burden of Disease Study (GBD) which assessed childhood and adolescent cancer burden in 195 countries in 2017 and has been published in the journal The Lancet Oncology.

Children in the poorest countries face a disproportionately high cancer burden - contributing over 82 percent of the global childhood cancer burden, equivalent to almost 9.5 million years of healthy life lost in 2017.

Most (97 percent) of this global burden is related to premature death, with around 3 percent due to impaired quality of life.

For the first time, researchers provide a complete picture of the global and regional burden of childhood cancer beyond incidence, mortality, and survival.

The study estimates the number of years of healthy life that children and adolescents with cancer have lost due to illness, disability, and premature death - a measurement known as disability-adjusted life years (DALYs).

One DALY is equivalent to one year of healthy life lost.

However, disability in childhood cancer survivors was limited to the first 10 years after cancer diagnosis, rather than across the whole life course, so the global burden of DALYs associated with childhood cancer is probably underestimated, researchers stated.

"By assessing the global burden of childhood cancer through the lens of disability-adjusted life-years, we can more comprehensively understand the devastating impact of cancer on children globally," said Dr Lisa Force from St Jude Children's Research Hospital in the USA, who led the research in collaboration with the Institute for Health Metrics and Evaluation. "Our findings are an important first step in establishing that childhood cancer has a role in frameworks that address global oncology and global child health."

Children with cancer who live in high-income countries tend to have good survival, with around 80 percent surviving 5 years after diagnosis.

But these improvements have not translated to most low- and middle-income countries (LMICs), where survival is approximately 35-40 percent, but some estimates suggest it could be as 20 percent.

Around 90 percent of children at risk of developing cancer live in LMICs.

In the study, global and regional estimates were analysed using socio-demographic Index (SDI), a measure based on rates of education, fertility, and income.

High and high-middle SDI countries accounted for about 35 percent (147,300) of new cases of childhood cancer in 2017, but only 18 percent of DALYs (around 2 million years of healthy life lost).

Moreover, the research finds that childhood cancers are a major cause of global disease burden compared with both adult cancers and other childhood diseases.

In 2017, childhood cancers were the sixth leading cause of years of healthy life lost out of all cancers globally (11.5 million), only lower than the burden from adult cancers of the lung (41 million), liver (21 million), stomach (19 million), colon (19 million), and breast (18 million).

In low and middle SDI countries, childhood cancers were the leading cause of DALYs, higher than the burden attributable to any single adult cancer type.

The study puts the annual toll of childhood cancer at over 11.5 million years of healthy life lost in 2017.

This compares with around 37 million years of healthy life lost globally due to malaria, and 7.6 million from tuberculosis.

In 2017, childhood cancer was among the top four biggest contributors to the burden of general diseases of childhood in middle and high-middle SDI countries, ranking higher than malaria and HIV/AIDS.

While four of the five countries with the highest childhood cancer burden were in Asia and Oceania (India, China, Pakistan, and Indonesia), sub-Saharan Africa had the biggest DALY burden for more childhood cancer types than any other region.

Blood cancers, including leukaemia, were the main contributors to overall DALYs, accounting for 34 percent of the total childhood cancer burden worldwide, followed by brain and nervous system cancers (18 percent).

In 2017, the proportion of both leukaemia and brain cancer burden differed by almost 3 times between regions.

The proportional burden of leukaemia was highest in Central and Andean Latin America (49 percent of all childhood cancers) and the greatest absolute burden was in south Asia (954,000 DALYs).

The authors highlight the fact that mechanisms for addressing cancer burden in adults, which focus on risk-reduction strategies and screening interventions, are not as relevant to childhood cancers given that childhood cancers generally progress rapidly, are not amenable to screening programmes which aim to identify pre-cancerous growths, and are fatal without swift diagnosis and treatment.

This emphasises the crucial role early diagnosis and treatment will play in order to reduce the global burden of childhood cancer.

Despite these important findings, the methodology used to estimate childhood cancer burden has several limitations that need to be addressed, the authors said.

While the study uses the best available data, predictions are constrained by a lack of high-quality cancer data, particularly in developing countries - highlighting the need to expand the quality and quantity of population-based cancer registration systems and to include data from paediatric-specific cancer registries.

They also note that the current anatomical site-based system of reporting adult cancer leaves over 26 percent of the childhood cancer burden (3 million DALYs) linked to cancers that are uncategorised, a challenging category for policy, financial, and clinical decision making.

In an accompanying editorial, the editors of The Lancet Child & Adolescent Health journal wrote: "The universal language of data offers a substantial opportunity to those fighting the global burden of childhood cancer. Analysis of the DALY burden by individual country and cancer subtype shows the significant need for investment in data capture. Quality data collection and standardised reporting are crucial early strides towards better care provision for children with cancer in LMICs. Capture of national childhood cancer data can guide investments in training of specialists to ensure earlier diagnoses, providing equitable access to medicines, reducing deaths, and improving survivorship care and quality of life."

Charles Stiller from Public Health England, UK, discusses what can be done to mitigate or even reduce the global burden of childhood and adolescent cancer.

He writes: "Early diagnosis can bring substantial reduction in mortality and long-term morbidity. Although gains from early diagnosis should be greatest in lower-resource countries, where too many cases are diagnosed at a late stage, they should be felt even in affluent countries, notably for people with low-grade brain tumours, survivors of which bear a considerable burden of disability. For the benefits of early diagnosis to be fully realised worldwide, it must be accompanied by improved diagnostic and treatment facilities with universal access. International collaboration will be an essential component of the necessary capacity building. It is to be hoped that the present study will help to stimulate the necessary improvements, and future iterations can monitor their success."