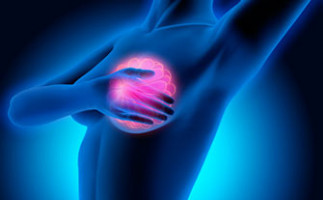 Women with breast cancer should start postoperative chemotherapy, when recommended, ideally within four months of their cancer diagnosis because new study findings show that waiting longer is associated with poorer overall survival.

The study, which used nationwide data, is published as an "online first article" on the Annals of Surgical Oncology website in advance of print and was presented at the American College of Surgeons (ACS) Quality and Safety Conference, concluding today in Washington, DC.

Results of a growing number of studies suggest that timeliness in breast cancer care affects patient outcomes and could be considered a metric of the quality of care, but few guidelines exist that recommend time points for combination treatment, said the study's senior author, Judy C. Boughey, MD, FACS, professor of surgery and vice chair for research, Mayo Clinic Department of Surgery, Rochester, Minn.

"Our study findings confirm that timely care is important for breast cancer patients and should be considered in their treatment plan," Dr. Boughey said.

The researchers looked at 172,043 records of patients with stages I to III breast cancer (has not spread outside the breast) diagnosed between 2010 and 2014 who received both surgical removal of the cancer and adjunctive ("combination") chemotherapy - anticancer drugs given afterward to try to kill any remaining microscopic cancer cells.

Patients who received preoperative chemotherapy, hormone therapy, or radiation therapy were excluded from the study.

Patients' records came from the National Cancer Database (NCDB), which includes information on more than 70 percent of all newly diagnosed cancer cases in the United States.

The ACS cosponsors the database with the American Cancer Society.

The investigators defined a delay in chemotherapy as greater than 120 days from cancer diagnosis to the first dose of combination chemotherapy.

They based this time on a 2008 quality measure from the ACS Commission on Cancer,* which recommends administering combination chemotherapy within four months to breast cancer patients under age 70 with hormone receptor negative cancers with tumours larger than 1 centimetre (0.4 inches) or stages IB to III.

Besides comparing overall survival rates at the last follow-up visit in patients whose time from diagnosis to chemotherapy did and did not exceed 120 days, the researchers evaluated the influence of type of operation on time to chemotherapy.

The investigators were surprised by this last finding, Dr. Boughey commented.

"Compared with breast conservation," she explained, "a more extensive operation, such as mastectomy with immediate breast reconstruction, tends to have a slightly higher complication rate, which theoretically could delay initiation of postoperative chemotherapy."

Both groups had a median (middle value) of 44 days from their operation to chemotherapy, according to the article.

For women with breast cancer, Dr. Boughey said: "Our findings show there is no harm in having immediate reconstruction if that's a woman's choice."

The researchers also found that having both breasts removed together did not lengthen the time from operation to chemotherapy - a finding Dr. Boughey called "reassuring" for women who choose a prophylactic mastectomy of the noncancerous breast.

"It is also encouraging that 89 percent of women who are recommended chemotherapy postoperatively do get it within 120 days of their diagnosis, but there is still room for improvement," Dr. Boughey said.

She recommended that hospitals evaluate their times from breast cancer diagnosis to surgical procedure to determine if they can decrease this interval.

Data from the NCDB do not show why this time from diagnosis to surgical treatment is longer in patients undergoing mastectomy with reconstruction than those not having reconstruction.

Possible reasons, according to Dr. Boughey, include poor access to care, longer wait times for second opinion, and for patients desiring immediate breast reconstruction, coordinated availability of a plastic surgeon and breast surgeon.