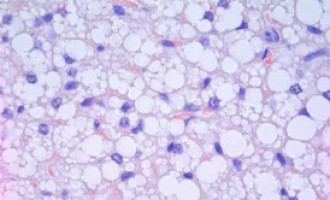 A study conducted by a team of researchers from the Cancer Science Institute of Singapore (CSI Singapore) at the National University of Singapore has revealed a close association between liposarcoma (LPS), a type of cancer that develops from fat cells, and the bromodomain and extraterminal (BET) protein family.

In the study recently published in Nature Communications, in March 2019, the researchers found that the development of LPS is highly dependent on the presence of BET proteins, and the ability to deplete BET proteins makes the protein family a promising cancer target for LPS.

Liposarcoma is currently treatable by surgery and radiation therapy.

Chemotherapy using a recently approved chemotherapy agent, trabectedin, can also be prescribed to patients who are at high risk of recurrence or metastasis.

The effectiveness of trabectedin, however, can be hampered by clinical toxicity, unresponsiveness and acquired resistance, and development of other forms of novel therapeutic interventions that can overcome these inefficacy.

The NUS researchers therefore focused its study on recurrent LPS.

Through a detailed analysis of the genetic elements responsible for the development of LPS in samples of patients who have a recurrence of the cancer or are resistant to standard therapies, the researchers discovered that the main DNA conversion programme in LPS is fostered by BET proteins.

The researchers then investigated the inhibition of LPS development using BET protein degrading agent, ARV-825, and found that it was capable of disrupting the core transcriptional program in LPS and prevent the cancer development by depleting BET proteins.

In addition, the researchers observed that LPS cells resistant to trabectedin were also susceptible to the depletion of BET proteins, thereby making BET protein a promising target not only for suppressing LPS development but also for overcoming acquired resistance to the chemotherapy agent.

He said, "The findings to our study have important clinical implications for LPS. It uncovers the essential roles and desirable therapeutic potentials of BET proteins in LPS, which paves the way for new therapeutic strategies to be designed against the ailment. The effectiveness of ARV-825 in suppressing LPS development described in our study also encourages further translation of BET protein degraders into effective anti-cancer drugs."

Moving forward, the researchers will look into ways to reduce LPS patients' resistance to drug treatments, and identify other targets that may be hindering their response to the treatments.