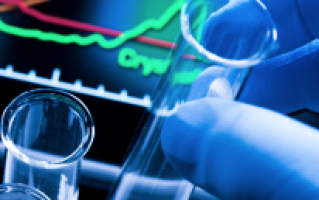 Patients had previously been treated with platinum chemotherapy and a PD-1 or PD-L1 immune checkpoint inhibitor, but the cancer had progressed despite these treatments.

The study was featured in a press briefing and presented at the 2019 American Society of Clinical Oncology (ASCO) Annual Meeting.

“The fact that we have a therapy that can help people who don’t benefit from checkpoint inhibitors is very gratifying.”

Urothelial cancer includes cancer of the bladder (90% of cases), the urethra, ureters, renal pelvis, and a few other adjacent organs.

If their disease progresses, second-line therapy is a checkpoint inhibitor, an immunotherapy that works to modulate immune responses, thereby allowing T cells to attack cancer cells.

There are five checkpoint inhibitors approved for use in urothelial cancer: pembrolizumab, atezolizumab, durvalumab, nivolumab, and avelumab.

However, cancer progresses in 75-80% of people with advanced urothelial cancer who receive an immune checkpoint inhibitor.

There is no remaining approved standard of care treatment option for this cancer if it progresses after immunotherapy has been used.

Phase I trial results of EV provided sufficient evidence that it was safe to administer.

In March 2018, the U.S. Food and Drug Administration granted it a breakthrough therapy designation for people with locally advanced or metastatic urothelial cancer that has progressed during or following checkpoint inhibitor therapy.

For phase II, investigators enrolled urothelial patients who had been treated with platinum-based chemotherapy and/or checkpoint inhibitors to two groups: group one had been previously treated with both medicines, and group two consisted of people who had not received platinum chemotherapy.

Only results from the first group are currently being reported.

In group one, 70% of enrolees were male and the median age was 69; 35% of people had cancers in their upper urinary tract, a relatively uncommon site; and enrolees had a median of three prior systemic treatments in the locally advanced or metastatic setting but had not received treatment for at least two weeks prior to enrolling in this trial.

Forty-four percent of people responded to EV resulting in either no growth or shrinkage in their tumours, and 12% had a complete response with no detectable sign of cancer. The median overall survival time was 11.7 months.

EV was well-tolerated among patients enrolled in the trial.

A phase III study to confirm these findings is now underway.

Group two is still enrolling people in the trial, and there is also a trial in progress to look at the benefits of providing EV for people newly diagnosed with advanced urothelial cancer.