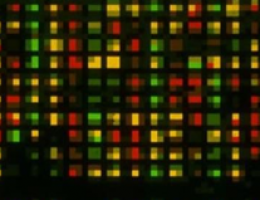 Prostate cancer is the second-leading cause of male cancer deaths worldwide.

Deaths from prostate cancer are primarily due to metastasised cancer, in which cancer cells have migrated through the body and begun to grow in other areas.

Results reported in the journal Biomicrofluidics promise a new way to detect this deadly disease through a simple, inexpensive device.

When prostate cancer cells are forced through these channels, the metastatic cells exhibit "blebbing," in which portions of the cell's outer layer bulges outward from the more rigid inner layer.

The resulting bulges, known as blebs, allow the cell to migrate the way amoeba do.

This crawling-type motion is accomplished when the cell sends out cytoplasm protrusions known as pseudopodia, or "false feet."

The experiments show that highly metastatic prostate cancer cells are more likely to exhibit blebbing than normal cells or even less-metastatic cells are.

The new device can quickly detect the amount of blebbing in cells from cancer samples and could potentially be used in a clinical setting to inexpensively test large numbers of samples.

"This is a potentially significant finding which may provide simple and inexpensive diagnostic methods for detecting early and advanced cancer, particularly metastatic cancer," said co-author Fazle Hussain, a researcher at Texas Tech University.

In tests with their new microchannel instrument, the investigators observed that highly metastatic prostate cancer cells exhibited more blebbing in the channel than did moderately metastatic or normal cells.

Further studies revealed that a low amount of the protein F-actin in the cell's cytoplasm may cause blebbing by providing fewer binding sites for other proteins that normally anchor the cell's plasma membrane to the inner cortex.

Men over 50 are urged to have an annual test for prostate specific antigen, or PSA, but this test will not detect metastatic cancer.

Treatment of early stage cancers is often done by suppressing testosterone or through ablation, where extreme heat or cold are used to destroy tumours.

However, most prostate tumour cells that survive this treatment become metastatic.

Therefore, there is a great need for new tools to detect metastatic prostate cancer that do not rely on PSA measurements.