ASCO 2019: Entrectinib produces responses in children and adolescents with CNS and other cancers that have specific gene fusions 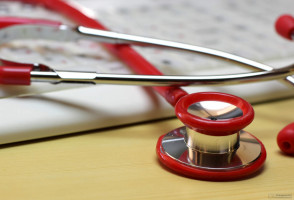 “There have been far fewer studies of targeted cancer medicines in pediatric populations than in adults. While these data are very early and more research is needed, they suggest the exciting possibility of the first treatment for childhood cancers that is effective based on tumour genetics instead of tumour type or location,” said ASCO President Monica M. Bertagnolli, MD, FACS, FASCO.

In a phase I/IB study of 29 patients, age 4.9 months to 20 years, with rare central nervous system tumours, neuroblastoma, or other solid tumours, responses to entrectinib, a novel targeted treatment, were seen in 12 of the 28 evaluable patients.

The 12 pediatric patients who experienced a response to therapy had fusions in NTRK1/2/3, ROS1, or ALK genes (11 patients) or an ALK mutation (1 patient). The study will be presented at the upcoming 2019 ASCO Annual Meeting in Chicago.

“Our results show that children with life-threatening cancers can benefit greatly even after other conventional therapies have not worked – we’ve seen some rapid and durable responses, which is very gratifying,” said author Giles W. Robinson, MD, a pediatric neuro-oncologist at St. Jude Children's Research Hospital in Memphis, TN. “These early findings suggest that this therapy holds great promise for those whose tumours have these specific gene fusions.”

Entrectinib is an oral systemic medication that also penetrates the central nervous system (CNS) to inhibit protein pathways related to mutations in NTRK1/2/3, ROS1, and ALK genes, with the goal of promoting cancer cell death.

Entrectinib is distinct from other medicines in its class as it has broader activity that targets multiple mutations whereas other medicines are usually effective against just one mutation.

As of October 31, 2018, the STARTRK-NG clinical trial had enrolled 29 patients from 4.9 months to 20 years of age, with a median of 7 years of age, who had either CNS tumours, neuroblastoma, or other solid tumours.

Most patients with CNS tumours had undergone surgery to remove the tumours, followed by radiation.

The first phase of the trial was designed to assess optimal dosing, and it was expanded to focus on patients with tumours harbouring alterations to NTRK1/2/3, ROS1, and ALK genes.

A complete response was defined as disappearance of all disease and neurologic improvement or stability.

A total of 12 patients had objective responses (tumour shrank or disappeared) to entrectinib, with a median treatment duration of 281 days. The median time to response was 57 days, and all responses occurred at doses of 400 mg/m2 (milligrams per body surface area squared) or more. No responses were observed among patients lacking the alterations targeted by entrectinib.

- CNS tumours: Among the five patients with evaluable CNS tumours, all had an objective response - one had a complete response (fusion of ETV6-NTRK3 genes) and four had a partial response (three confirmed gene fusions in TPR-NTRK1, EEF1G-ROS1, EML1-NTRK2 and one unconfirmed GOPC-ROS1 gene fusion). One remaining CNS patient is yet to be evaluated (KANK1-NTRK2 fusion).

- Extracranial tumours: Six patients with extracranial tumours (a solid tumour occurring outside the CNS) had objective responses - one patient had a complete response (DCTN1-ALK fusion) and five had partial responses (TFG1-ROS1, EML4-NTRK3, KIF5B-ALK, and two ETV6-NTRK3 fusions). The types of cancer included three cases of inflammatory myofibroblastic tumours, two cases of infantile fibrosarcomas and one case of melanoma.

- Neuroblastoma: One patient had a complete response (ALK F1174L mutation).

The medicine was well tolerated and there appears to be no time frame yet studied in which the medicine stops working or toxicities become limiting, according to Dr. Robinson.

The recommended dose of entrectinib in children was 550 mg/m2 once daily.

Some of the noted side effects were fatigue, elevated creatinine levels, dysgeusia resulting in loss of taste, and at higher dose, one incidence of pulmonary edema resulting in fluid in the lungs.

One unusual side effect was weight gain, which is not often seen with cancer medicines.

These side effects have resulted in dose reductions to 400mg/m2.