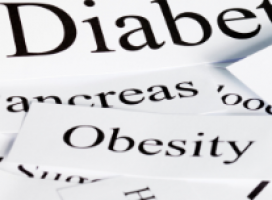 The possible association between diabetes and cancer risk has long been speculated, but previously reported findings have been inconsistent.

In the largest study to date concerning the association between type 2 diabetes and cancer risk in mainland China, investigators examined information from the Shanghai Hospital Link database.

Patients were followed until December 2017 to assess for the development of cancer.

A total of 8,485 cases of newly diagnosed cancer were identified.

Men and women with diabetes had 34 percent and 62 percent higher risks of developing cancer than men and women in the general population, respectively.

Among males, the highest risk was for prostate cancer: diabetes was linked with an 86 higher risk for this malignancy.

A significant decreased risk was noted for oesophageal cancer.

In women, the highest risk was for nasopharynx cancer: diabetes was linked with a greater than twofold higher risk for this malignancy.

"The Shanghai Hospital Link Center has collected clinical information from the main general and specialised hospitals and created a centralised data repository for all residents in Shanghai since 2013. Based on this database, our research could be carried out smoothly and efficiently," said co-author Dr. Bin Cui, of the Shanghai Jiao Tong University School of Medicine, in China.

He and his co-authors recommend establishing strategies for cancer-specific screening and prevention among patients with type 2 diabetes.