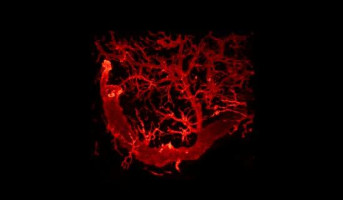 Although arterial phase hyperenhancement (APHE) is a key feature of untreated or recurrent hepatocellular carcinoma (HCC), standard response assessment such as modified Response Evaluation Criteria in Solid Tumors (mRECIST) should be used with caution, particularly in the early phases after stereotactic body radiation therapy (SBRT) therapy, so as not to misinterpret treatment response, according to a study to be presented at the ARRS 2019 Annual Meeting, set for May 5-10 in Honolulu, HI.

The study was conducted to determine the natural history of imaging findings seen by magnetic resonance imaging (MRI) of HCC treated with SBRT and test the hypothesis that APHE following SBRT does not suggest persistent untreated tumour.

A total of 146 patients undergoing SBRT for HCC were retrospectively screened for inclusion criteria which included HCC treated with SBRT, multiphasic MRI =3 months prior to SBRT, minimum 1 year of follow-up MRI after SBRT, and underlying cirrhosis.

Exclusion criterion was any patient who underwent locoregional therapy within 3 months to the liver segment containing the SBRT-treated HCC.

Sixty-two patients with 67 HCCs were included in the study.

Within the first 12 months after SBRT, size decreased in 66% of treated tumours and remained unchanged in 34%.

After SBRT, 75% of treated HCCs continued to demonstrate solid arterial phase enhancement, and only 25% were non-enhancing at the time of first follow-up.

However, at 1 year none of the 67 tumours were clinically judged to have local progression.

Study results suggest SBRT is an effective locoregional treatment option for HCC and is associated with a low local progression rate.

Persistent arterial phase enhancement is an expected post-SBRT finding, and does not indicate viable neoplasm; thus, using standard response assessment classification systems such as mRECIST may lead to a misinterpretation of treatment response, particularly in the early phases after SBRT therapy.

Mishal Mendiratta-Lala, MD, author of the study said "The results of this research are extremely exciting, as it will significantly impact clinical care. Historically, APHE seen in HCC treated with SBRT has been interpreted as viable disease and patients have undergone repeat treatments. However, our results, as well as a few additional studies from our institution, suggest that these lesions are non-viable, and thus these patients do not need to undergo additional treatments, and can even be eligible for transplant."