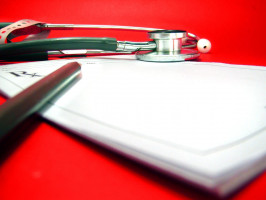 Six factors were associated with invasive recurrence of breast cancer after a diagnosis of ductal carcinoma in situ (DCIS), according to data from a meta-analysis.

The author of the paper was Jelle Wesseling, MD, PhD, professor of breast pathology in the divisions of diagnostic oncology and molecular pathology at the Netherlands Cancer Institute and Leiden University Medical Center.

Current guidelines recommend surgical excision of DCIS, often followed by radiotherapy and sometimes endocrine therapy, yet most cases will likely not progress or become life-threatening.

As a result, many women are overtreated.

"There is a large unmet need to distinguish harmless from potentially hazardous DCIS," said senior author of the study Wesseling. "We hope our work will help reduce the burden of intensive treatment that thousands of women with low-risk DCIS undergo annually."

Wesseling, lead author and PhD student Lindy Visser, and colleagues performed a systematic review of 1,781 studies from the PubMed database from 1970 to June 2018 to assess the risk of ipsilateral (same side) invasive breast cancer recurrence in women primarily diagnosed and treated for DCIS.

Forty studies met the eligibility criteria of including at least ten invasive breast cancer events and at least one year of follow-up.

Next, the researchers used the Quality in Prognosis Studies (QUIPS) tool to assess the studies for risk of bias and identified 17 studies for inclusion in this study.

Finally, the researchers performed meta-analyses on all factors associated with the recurrence of invasive breast cancer reported by more than one of these 17 high-quality studies and calculated the average effect size for each factor.

Among 26 prognostic factors, Wesseling and colleagues identified six that were associated with a 36 to 84 percent increase in the relative risk of recurrence of invasive disease after DCIS diagnosis: African-American race, premenopausal status, detection by palpation, involved margins, high histological grade, and high p16 protein expression.

Wesseling noted that data obtained using histological grade as a factor needs careful interpretation because of potential differences in evaluation between observers.

"We were aware of the high frequency of biases among previous studies. Some biases are inevitable, as it can be difficult to establish fully annotated cohorts, but others are easy to prevent," said co-senior author of the study Marjanka Schmidt, PhD, genetic epidemiologist at the Netherlands Cancer Institute. "Our goal was to increase awareness and help the research community avoid these biases in the future."

"New studies need to capture information about whether the cancer recurrence was DCIS or a subsequent invasive cancer and whether these are true recurrences or new, primary lesions," Wesseling added.

The main limitation of the study was that it was not possible to assess all prognostic factors since they were not reported uniformly in all studies. As a result, future research may identify more prognostic factors that help guide treatment decisions for women diagnosed with DCIS, Wesseling said.