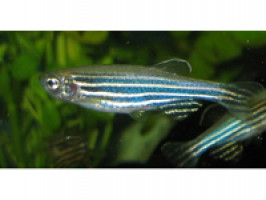 A new animal model developed by investigators promises to be less expensive, easier to use and to improve personalised therapies for cancers and potentially other diseases.

In their paper published in the journal Cell, the investigators describe using their immunodeficient zebrafish model to visualise drug responses at single-cell resolution in live animals.

They also identify a promising new treatment for rhabdomyosarcoma, a muscle cancer that primarily develops in children.

"We have created the first immune-compromised zebrafish model that can robustly engraft and grow human cancers", said David Langenau, PhD, of the MGH Molecular Pathology Unit and the MGH Cancer Center, senior author of the report.

Chuan Yan, PhD, of Langenau's team, first author of the report, added, "These immune-compromised zebrafish are optically clear, allowing us to visualise cellular characteristics and therapeutic responses of single cancer cells over time. The model has the potential to transform the scale of personalised therapy and for the first time provides unprecedented ability to image a variety of cancer processes at single-cell resolution."

Although transplantation of human cancer cells into animal models has helped to define mechanisms that drive tumour growth, metastasis and response to therapy, traditional mouse models have significant limitations, including the cost and space required to maintain them and the difficulty visualising tumour cells implanted beneath the animals' fur-covered skin.

Doing so requires the creation of pre-implanted "windows," which do not allow following the dissemination of cancer cells throughout an animal's body.

Previous studies have implanted human tumour cells into two-day-old zebrafish larvae that had not yet developed immune systems.

But such implants are eventually rejected by the immune system, preventing the assessment of long-term therapeutic responses.

In addition, two-day-old zebrafish cannot grow at the same temperature as human cells, which prevents the accurate recapitulation of tumour development in these models.

The mutant zebrafish strain developed by Langenau's team is transparent into adulthood and is deficient in two genes, resulting in a lack of T cells, B cells and NK (natural killer) cells.

The researchers were able to engraft several types of cancer cells - both solid and blood system tumours into their model, where they developed into tumours similar to those found in humans.

Cells taken directly from patients with tumours such as melanoma, glioblastoma, breast cancer and rhabdomyosarcoma were also successfully grown in adult fish for more than 28 days, with many animals dying from cancer progression.

The team used their model to investigate whether a combination of two drugs - olaparib and temozolomide, which are currently in a clinical trial for Ewing's sarcoma - could inhibit rhabdomyosarcoma growth.

Their experiments using both the new zebrafish model and mouse models showed that, while treatment with either drug alone had limited effectiveness against either cancer.

The combination treatment eliminated rhabdomyosarcoma cells from both types of animal models, with the zebrafish model allowing single-cell visualisation of treatment response.

"The work is particularly exciting for two reasons," explained Langenau, an associate professor of Pathology at Harvard Medical School and faculty member of the Harvard Stem Cell Institute. "First, we identified a potential new therapy for a devastating childhood cancer. Second, we now show that a wide variety of human tumours can grow in immune-deficient zebrafish. The model has the potential to change how we assess drugs prior to moving into the clinical setting - reducing the cost and time required, allowing rapid assessment of combination therapies, and directly visualising drug responses at single-cell resolution. The model will be truly transformative for cancer biology."

The investigators now are working with clinical trial teams at the MGH and Dana-Farber Cancer Institute, along with the involved pharmaceutical companies, to refine the existing clinical trial to include rhabdomyosarcoma, which would be the first phase 2 cancer drug trial based on studies in zebrafish.