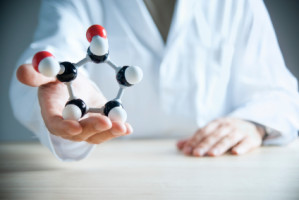 Acute erythroid leukaemia (AEL) is a high-risk cancer with a dismal prognosis, uncertain genetic basis and controversy surrounding the diagnosis.

That is changing, thanks to research led by St. Jude Children's Research Hospital that appears in the journal Nature Genetics.

The researchers completed the largest, most comprehensive genomic analysis yet of AEL and identified six age-related subgroups with distinct mutations and patterns of gene expression as well as treatment outcomes.

The analysis revealed that 45 percent of patients had mutations in signalling pathways that help drive uncontrolled cell growth.

Investigators also reported evidence that the leukaemia may be vulnerable to existing precision medicines.

"Genomic alterations and gene expression profiles were the strongest predictors of outcome in patients with AEL, which suggests they should be incorporated into the diagnostic and prognostic criteria," said corresponding author Charles Mullighan, MBBS, M.D., a member of the St. Jude Department of Pathology.

"These results mark a new era in understanding and treatment of AEL, an aggressive leukaemia that has been plagued by diagnostic controversy and poor outcomes," he said.

AEL is a rare subtype of acute myeloid leukaemia that is more common in adults than children.

AEL is often unresponsive to conventional therapy and overall long-term survival is less than 10 percent.

Classifying AEL in the spectrum of myeloid leukaemia has been a challenge since the leukaemia was first described almost a century ago.

The diagnostic criteria have changed over the decades, most recently in 2016, but the genomic basis of AEL remained uncertain.

As a result, in 2016 some cases once defined as AEL were reclassified as AML or myelodysplastic syndrome (MDS). AEL, AML and MDS are all myeloid cancers, or cancer of bone marrow cells, but require different treatments of significantly different intensity.

Researchers in this study compared the mutational landscape of 159 children and adults diagnosed with AEL to 1,903 patients with non-AEL myeloid disorders, including AML and MDS.

The patients were from the U.S., Europe, Singapore, Japan and Australia.

They ranged from infants to adults age 60 and older.

"We found that patients with AEL, AML and MDS had many of the same mutations, but the frequency and patterns of the mutations were very different," said first author Ilaria Iacobucci, Ph.D., a scientist in the Mullighan laboratory.

"The findings demonstrate AEL is a specific subtype and offer insights into how the disease process and outcomes vary in children and adults."

For example, alterations in one or both copies of the tumour suppressor gene TP53 were a hallmark of an AEL subset that occurred almost exclusively in older adults.

The subset accounted for 32 percent of the cases in this analysis and was associated with a dismal prognosis.

There were no long-term survivors.

In contrast, about 12 percent of adult patients were in a subgroup defined by mutations in the NPM1 gene and had a good prognosis.

More than 87 percent of patients were long-term survivors.

These are the genomic alterations that defined the other AEL subgroups:

For example, a mouse model of AEL that included mutations in TP53 and NTRK1, a kinase in a signalling pathway, was exquisitely sensitive to the inhibitor larotrectinib.

AEL remained undetectable in the mice for at least three months following treatment.

"The results highlight a potential role for such inhibitors in future clinical trials," Mullighan said.