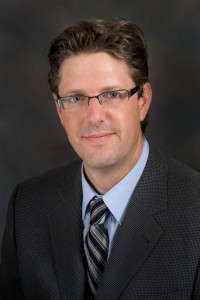 A study at The University of Texas MD Anderson Cancer Center revealed the investigational drug umbralisib as an effective treatment for patients with relapsed marginal zone lymphoma (MZL).

Findings from the Phase II trial were presented by study co-lead Nathan Fowler, M.D., associate professor in the Department of Lymphoma & Myeloma, at the AACR Annual Meeting 2019 in Atlanta.

MZL is a low-grade non-Hodgkin lymphoma that accounts for 6 percent of all lymphoma diagnoses. Although it is treatable, many patients relapse, at which point few treatment options exist.

"Umbralisib is part of a new class of drugs that are quite active in low-grade lymphomas," said Fowler. "These PI3K inhibitors have shown activity across a spectrum of low-grade lymphomas and are effective in shutting down some of the key signaling that is occurring with MZL."

The research team reported 55 percent of patients who had at least six months of follow-up had a partial or complete response after receiving umbralisib, a small-molecule inhibitor that targets a signaling pathway linked to MZL cell growth and expansion. Felipe Samaniego, M.D., associate professor in Lymphoma & Myeloma, was co-lead for the study.

The trial enrolled 69 patients, with 38 patients responding favorably and progression-free survival was 71 percent after one year. The patients received umbralisib orally once a day.

"This study is ongoing and we have yet to reach a median duration of response, although most of the patients who received the drug remain in remission," said Fowler.

The average MZL patient is diagnosed at about age 60 and is typically treated with a monoclonal antibody called rituximab either alone or in combination with chemotherapy.

"This disease is initially quite treatable with several good options for patients that result in high response rates," said Fowler. "Unfortunately, for about 70 percent of these patients, relapse occurs and there are limited treatment options at that time. That relapse can occur within a year or it can take several years, but most patients will eventually stop responding to standard treatment."

Fowler added that his team was specifically looking at patients who had failed several standard treatment options including chemotherapy or monoclonal antibodies. He is encouraged that there are several novel therapies for less common lymphomas such as MZL.

"At MD Anderson, we have been fortunate to lead the development of several of these targeted drugs in lymphoma," he said. "Phase I studies conducted here with PI3K and BTK inhibitors has now resulted in Food and Drug Administration approval of many of these drugs across several types of lymphoma."