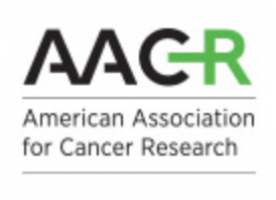 A chimeric antigen receptor (CAR) T-cell therapy that targets the protein mesothelin showed no evidence of major toxicity and had antitumour activity in patients with malignant pleural disease from mesothelioma, according to results from a phase I clinical trial presented at the AACR Annual Meeting 2019, March 29–April 3.

“Patients with advanced-stage solid tumours, such as mesothelioma, and lung and breast cancers, that are metastatic to the chest cavity have poor outcomes despite treatment,” said Prasad S. Adusumilli, MD, deputy chief of thoracic surgery at Memorial Sloan Kettering Cancer Center (MSK).

“Treatment with CAR T cells results in dramatic successes in blood cancers; however, results have been disappointing to date for solid tumours.”

Adusumilli, senior author of the study Michel Sadelain, MD, PhD, and colleagues engineered the mesothelin-targeted CAR T cells called IcasM28z using completely human components, which includes the Icaspase-9 safety “suicide” switch that can be activated to kill all CAR T cells in a patient’s body in case of an unexpected toxicity.

“The novelty of our study is that the CAR T cells target the cancer cell-surface protein, mesothelin, which is expressed on the majority of cancer cells, and they are delivered directly to the tumour site using regional delivery techniques,” Adusumilli said. “If this approach is successful, 2 million patients with mesothelin-expressing solid tumours per year in the United States will be eligible for this treatment.”

The investigators recruited 21 patients with malignant pleural disease (19 with malignant pleural mesothelioma, one with metastatic lung cancer, and one with metastatic breast cancer); 40 percent of them had received three or more lines of prior therapy. After cyclophosphamide preconditioning, IcasM28z CAR T cells were injected directly into the pleural cavity using an interventional radiology procedure.

The investigators evaluated multiple clinical, radiological, and laboratory parameters in the patients who received the CAR T cells and found no evidence of toxicity at the doses tested. CAR T cells were found to be persistent in the peripheral blood of 13 patients during the 38-week evaluation, and their presence was associated with more than 50 percent decrease in the levels of a mesothelin-related peptide in the blood and evidence of tumour regression on imaging studies.

One patient with mesothelioma underwent curative-intent surgery followed by radiation therapy to the chest. “Twenty months from diagnosis, the patient is doing well, with no further treatment,” Adusumilli noted.

Fourteen patients went on to receive anti-PD1 checkpoint blockade agents. In preclinical studies, the researchers found that in large tumours, the CAR T cells became functionally exhausted even while residing in the tumour. Treatment with anti-PD-1 agents could reactivate the exhausted CAR T cells and eradicate the tumours in a proportion of mice. “On the basis of these published observations, in some patients who received CAR T cells, we administered anti-PD-1 agents off-protocol as next line of therapy,” Adusumilli said.

After up to 21 cycles of treatment with an anti-PD1 agent, two patients had complete metabolic response on PET scans at 60 and 32 weeks, respectively, and these responses are ongoing at the time of this reporting; five patients had partial response; and four had stable disease.

A limitation to the study is that this is a phase I trial, and the long-term efficacy of this approach has not yet been established, Adusumilli noted.

Preclinical research leading to this clinical trial and the clinical trial are partly supported by awards from the National Cancer Institute, the Department of Defense, a Stand Up To Cancer (SU2C)-Cancer Research Institute Cancer Immunology Dream Team grant (the AACR is the Scientific Partner of SU2C), and Baker Street Foundation. MSK has licensed mesothelin CARs to Atara Biotherapeutics. MSK has received license fees and has the potential to receive royalties under the license. Adusumilli and Sadelain are inventors and will receive a share of the license income. Adusumilli’s and Sadelain’s labs receive sponsored research funding from Atara Biotherapeutics.